Patients experience delays in getting access to dialysis at PIMS 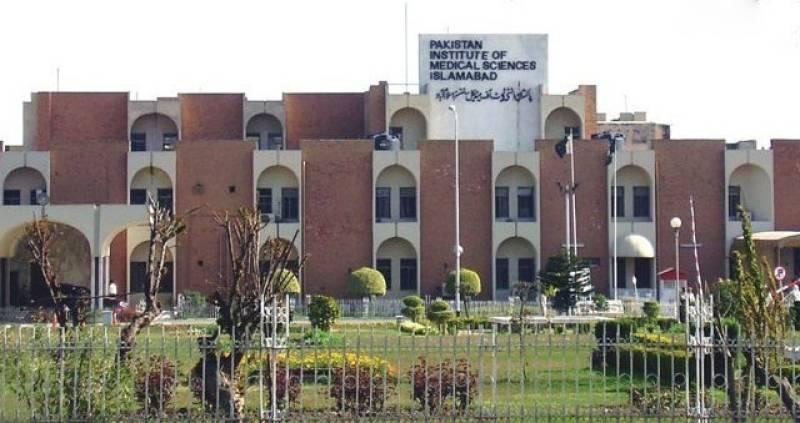 ISLAMABAD - A large number of renal failure patients on Sunday complained of experiencing routine delays in getting access to hemodialysis at the dialysis center of Pakistan Institute of Medical Sciences (PIMS) due to limited beds and shortage of staff.

“Timing of dialysis is important as delay causes severe medical complications for end-stage renal failure patients and even sometimes doctors remained unable to avoid from their collapse,” they said.

According to them, there was also an issue of obtaining arteriovenous fistulas (AVF) or grafts (AVG) which might lead to long-term negative consequences as such services are unavailable at the PIMS and serious patients have to go for private hospitals for this procedure on heavy charges.

The patients also complained about the non-observance of treatment methodologies, staff’s rude attitude and shortage of senior doctors at the dialysis center.

They demanded of the authorities concerned to improve services at the PIMS Dialysis Centre with the addition of doctors, paramedical staff and beds along with dialysis machines.

Ali Amaar, an attendant, said many patients who visited the hospital from far-flung areas had to wait for hours in long queues outside the centre for getting time for dialysis, where a limited place for waiting had been arranged for them.

He said due to limited beds and dialysis machines, a large number of patients had to return home without dialysis at the end of the day, despite waiting for hours in long queues.

"Most patients are asked to return the next day by the department administration, which could prove to be fatal for serious kidney failure patients, who visit the hospital from remote areas," he said.

A patient Muhammad Ali said only limited beds were available in the dialysis centre and Nephrology Ward, where the not only staff was limited, but there was an acute shortage of medicines.

He asked to take notice of the frequent absence of senior doctors and non-observance of duty-roster by medical and non-medical staff at Nephrology Ward and dialysis centre.

“There should be a monitoring mechanism to check whether the duty staff observe their duties or not in the Nephrology Ward,” said Aslam Naeem, a patient.

He said a system of reward and punishment should be initiated by the hospital management under which responsible staff should be encouraged while those who did not take their duties seriously should be removed or punished.

Atif Kamal, another attendant, alleged that senior doctors mostly remained absent from their duties while only postgraduate (PG) doctors, who were studying there, ran the affairs of the most sensitive department of the hospital.

He added that due to the limited knowledge and experience, the PGs could not satisfy the patients having serious medical complications.

They even could not properly treat patients with minor medical issues at the Nephrology OPD and mostly referred serious ones to other hospitals, he added.

Kaleem Sadiq, the attendant, said, “The rush outside the dialysis centre is irritating for serious patients and their attendants.” The hospital should increase the dialysis units for dealing with a maximum number of patients daily, besides increasing the number of beds at Nephrology Ward.”

He said the authorities concerned should immediately expand the existing Nephrology Ward with more staff to provide timely and proper medical care to the patients.

The services at the dialysis centre should also be improved for patient care, he added. When contacted, an official of the PIMS said unlike medical practices abroad where one doctor examines five to seven patients in a day, here at the PIMS each doctor had to examine several patients daily at the Nephrology OPD due to shortage of medical practitioners.

He said a sufficient number of doctors performed their duties in the hospital’s dialysis centre and Nephrology Ward round the clock to properly serve the patients. He said the hospital management had taken several steps to provide the best medical care to the patients.

He added that a team of doctors remained in the Nephrology Ward and dialysis centre of the hospital round the clock to provide proper medical cover to the patients.