China angry over US jets landing in Taiwan 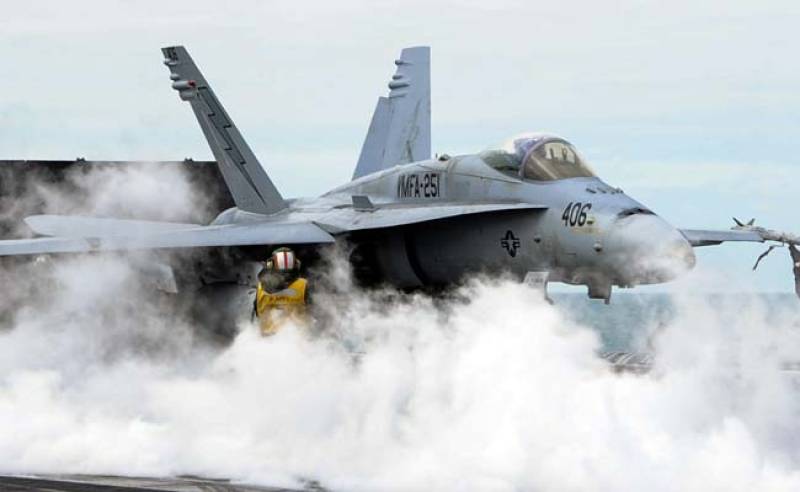 BEIJING (Web Desk) - China on Thursday protested over the landing of two United States jet fighters at an air base in Taiwan, which Beijing regards as its own territory.

Two US F-18 fighter jets made an emergency landing at an air force base in the southern city of Tainan on Wednesday, with US authorities saying one of the planes had developed a mechanical failure.

"We have launched solemn representations with the US," Hua Chunying, a foreign ministry spokeswoman, told a regular briefing in Beijing.

"We require the US to abide by the 'One-China Policy' and the three joint communiques between China and the US and to prudently deal with the relevant issue," she added, referring to agreements between the two that recognise Beijing as the sole government of China.

Taiwanese media described the landing as the first of its kind since the mid-1980s and speculated that it could have been a US reaction to an unprecedented People's Liberation Army Air Force exercise over the western Pacific Ocean east of Taiwan.

Mark Zimmer, spokesman for the American Institute in Taiwan (AIT), the de facto US embassy, said the planes had been on a "routine flight" when one encountered a mechanical problem and requested an emergency landing.