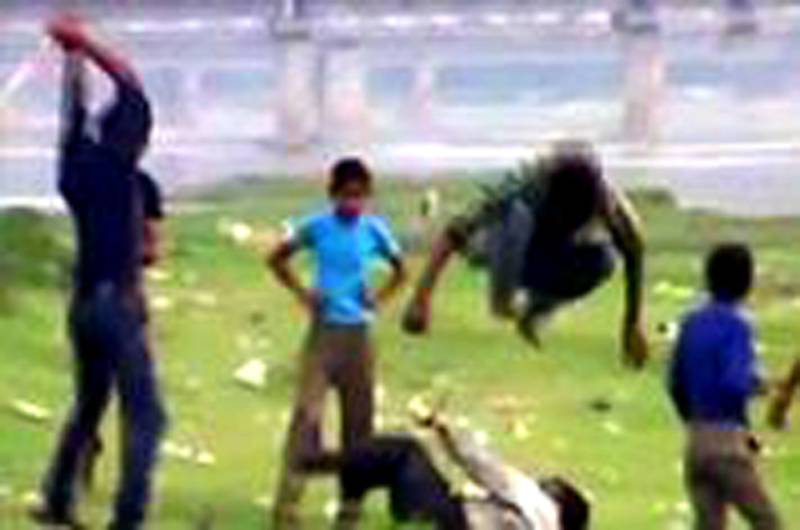 AGRA (Web Desk/Agencies) - An unskilled labourer was killed over a payment of Rs 100 by the grandson of a retired army major in the Katra Wazir Khan locality of Agra late on Tuesday evening.

Senior superintendent of police Rajesh D. Modak tried to persuade the violent mob to excercise restraint, but hundreds of dalits, family members and relatives of the worker, identified as 40-year-old Pappu, were in no mood to relent.

The retired army officer was beaten up twice and had to be rushed to the hospital for treatment.

Family members told police that Pappu went to the major's grandson Jai Krishan to ask for the wages for the work he had done at a nearby temple. This led to an altercation and subsequently blows were exchanged.

Police said Jai Krishan, grandson of retired major M.L. Upadhyaya, threw Pappu on the ground and punched him to death for a paltry sum of Rs.100.

Jai Krishan managed to escape the mob and police have now mounted a hunt for him.