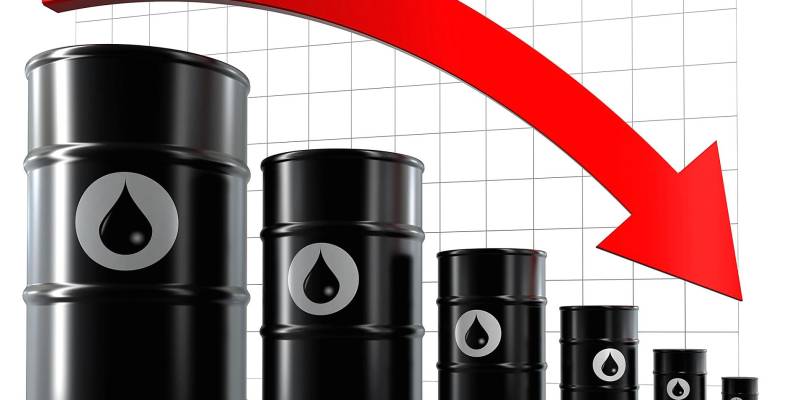 "Prices have come off with thin volumes ahead of the holiday tomorrow," Michael McCarthy, chief market strategist at CMC Markets in Sydney, told AFP.

Financial markets in major crude trading hubs including Singapore, the United States and Britain will be closed on Friday for the long Easter weekend.

The report, for the week to March 27, showed another increase in inventories to a new record high of 471.4 million barrels.

But it also revealed a slight decline in US production of 36,000 barrels per day, ending a long climb to record output levels that have contributed to the global supply glut.

"The decline in crude production does give some hope that the state of oversupply can be brought under control, and bring about a lift in prices," McCarthy said.

Talks between Iran and world powers aimed at preventing Tehran from getting a nuclear bomb remained in focus, he added.

"We are a few metres... from the finishing line, but we are well aware that the final metres are the hardest," French Foreign Minister Laurent Fabius told reporters as he arrived late Wednesday back in Switzerland to rejoin the negotiations.

The United States, China, Britain, Russia, France and Germany hope a full agreement, due to be finalised by June 30, will see Iran scale back its nuclear capability, which would prevent Tehran from developing a nuclear weapon.

In return, the diplomatically isolated Islamic republic, which denies wanting to build a bomb, is demanding the lifting of sanctions that have strangled its energy-reliant economy.