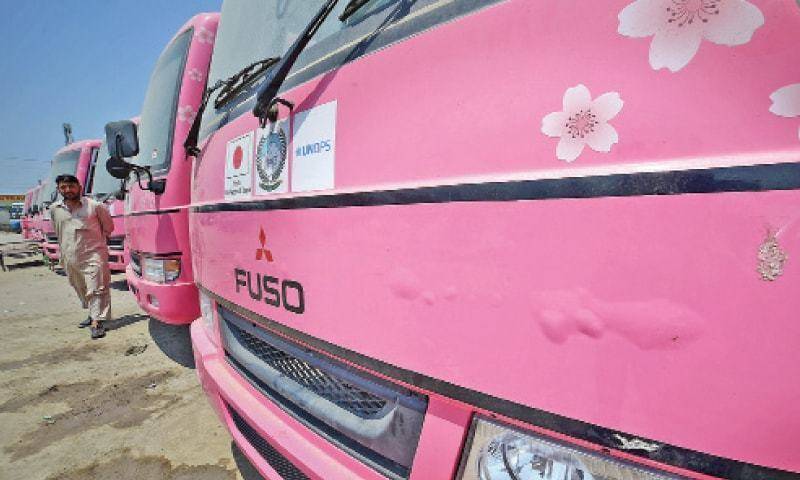 Officials in the TransPeshawar Company, operator of the Peshawar’s Bus Rapid Transit project which has been tasked to run the pink buses, confirmed that they had awarded a contract to a company and all details had been finalised in that regard.

“We are preparing to inaugurate the project on April 4 in Mardan,” an official shared with daily publication 'Dawn news'.

He said that process to select an operator for Abbottabad was also in final stages and that they were optimistic that the same company which had been awarded a contract for pink buses in Mardan would get the contract.

The source said that the launch of the project in the Mardan district would be a milestone towards facilitating the female population, which lacked decent transportation facilities.

He shared that Khyber Pakhtunkhwa Chief Minister Mahmood Khan should take ownership of the project and inaugurate it, which will highlight the provincial government’s seriousness toward women empowerment.

In May last year, the United Nations Office on Project Services had handed over 14 pink buses worth Rs100 million to the KP government to operate as women-only transport service in Mardan and Abbottabad districts.

Previously the launch of the service was delayed for about a year due to the disinterest of the transport companies.

Have anything to add? Share with us in the comments box below.