Pakistan ‘never shied away from talks with India’ 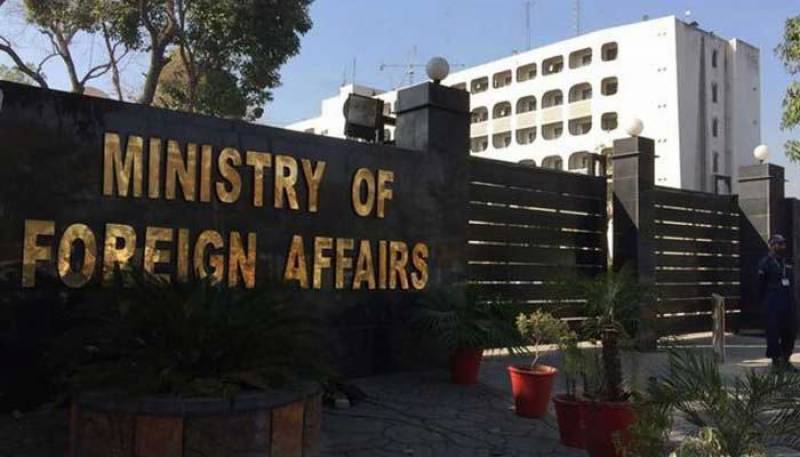 ISLAMABAD – The Foreign Office says Pakistan has never shied away from talks with India but an enabling environment needs to be created for it.

At his weekly news briefing in Islamabad on Friday, FO spokesperson Zahid Hafeez Chaudhri said it is India which vitiated the environment through its illegal and unilateral actions of 5th August 2019 in the illegally occupied Jammu and Kashmir.

“There is no change in Pakistan's position regarding Jammu and Kashmir dispute and with regards to talks with India,” he added.

Chaudhri further said that resolution of Kashmir dispute is a key to move forward and its resolution is imperative for durable peace and stability in the region.

He welcomed the US Human Rights report regarding human rights situation in the Indian illegally occupied Jammu and Kashmir.

When asked about the third-party mediation, the spokesperson said Pakistan has always welcomed the international community's role including that of the United Nations.

He however stressed that any third-party effort should be aimed at resolution of outstanding disputes between Pakistan and India.

He reiterated Pakistan's demand for an immediate and transparent judicial inquiry, under international scrutiny, into the extra judicial killings of all innocent Kashmiris.