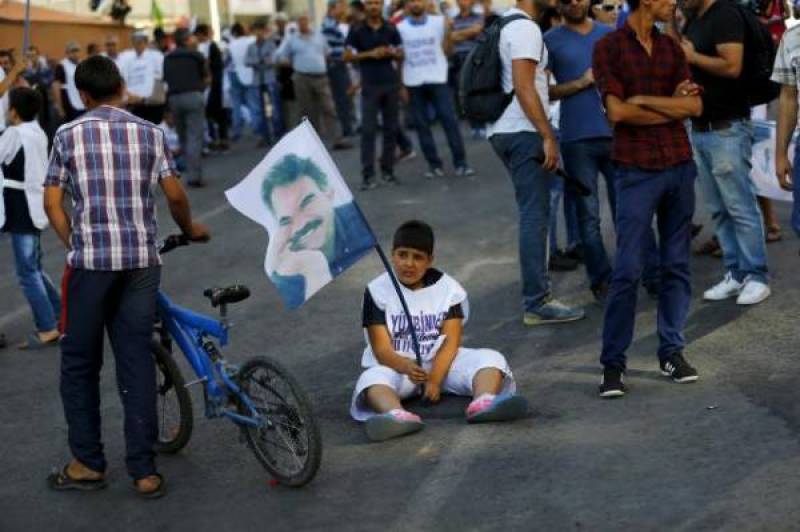 ISTANBUL (APP) - Two Turkish soldiers were killed and 24 were wounded early Sunday in a suicide bombing blamed on militants of the outlawed Kurdistan Workers Party (PKK) that ripped through their local headquarters in eastern Turkey, reports said.

A suicide bomber drove a tractor laden with explosives up to the military station in the Dogubayazit district of the eastern Agri province, the official Anatolia news agency reported, quoting the local governor's office.

The soldiers were deployed with the local Jandarma (Gendarmerie), a branch of the army which looks after internal security in Turkey.

The attack was blamed on the PKK, which has stepped up attacks against the security forces in the last days as Turkish warplanes bomb its positions in northern Iraq.

In a separate incident also blamed on the PKK, one Turkish soldier was killed and four wounded early Sunday when a mine exploded as their convoy was travelling on a road in the Midyat district of the Mardin province in southeastern Turkey, Anatolia said.

The PKK's insurgency for greater rights and powers for Turkey's Kurdish minority has claimed tens of thousands of lives since it began more than 30 years ago. The current fighting has left a 2013 ceasefire in tatters.

According to an AFP toll, at least 17 members of the security forces have now been killed in attacks blamed on the PKK since the current crisis erupted last week.

The attack in Agri province is believed to be the first time the PKK is accused of deploying a suicide bomber in the current phase of the conflict, although it has used the tactic repeatedly in the past.

Ten suspected members of the PKK have also lost their lives in clashes during the current surge in tensions, according to Anatolia.