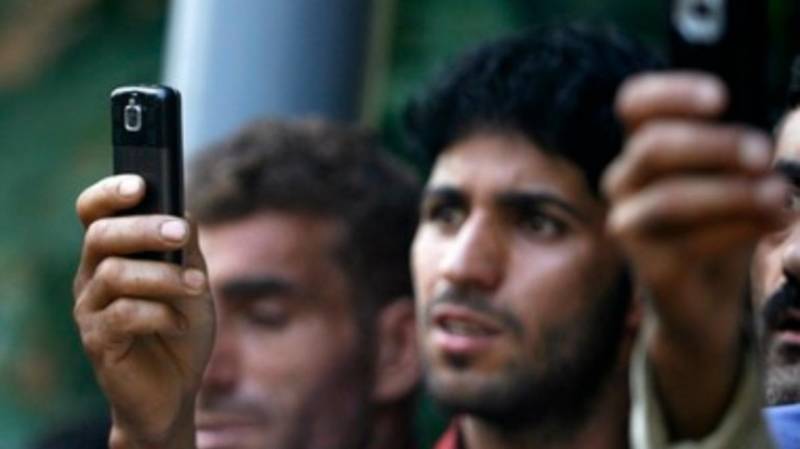 SRINAGAR – The people of Indian-occupied Jammu and Kashmir are facing severe difficulties due to the non-availability of high-speed internet for the past one year, the Kashmir Media Service said in a report on Sunday.

These curbs on internet are part an unprecedented communications blackout in the disputed Himalayan region being enforced by the Modi-led fascist Indian government since August 5 when it repealed Kashmir's special status and divided it into two union territories last year.

Presently, Kashmir is also under military siege to contain the spread of the coronavirus and residents of the Valley have to stay home, doctors must treat them online but this is not an easy task in Kashmir, which has had no 4G internet for close to a year and where broadband connections are thin on the ground.

"We should focus on staying indoors and not come out," explained a senior doctor at Srinagar's Shri Maharaja Hari Singh Hospital. "In such a situation, online consultations with doctors become important because we don't want non-COVID-14 patients to throng hospitals." The low-speed internet makes it difficult for a patient to send his test and other diagnostic reports to the doctor. "I can barely see a patient's face on a video call due to low speed," said the doctor.

Meanwhile, a year of no 4G has had a far-reaching impact on life in Kashmir. It has crippled health and education. It has also heightened the economic strain, choking off business and web-based services.

With 4G internet, it took Omar Yusuf four to five minutes to submit a customer's form online. "4G is like a dream now," sighed 25-year-old Yusuf, who runs two welfare centers in Budgam district. "During 4G internet days, we would submit around 50 forms daily but on 2G, we barely manage to submit five or six forms. It takes between half an hour and an hour to upload a single form," he added.

Forced to rely on 2G, Yusuf is reluctant to entertain customers. "When there was complete internet shutdown from August to January, I suffered an estimated loss of Rs 0.25 million but with 2G, the loss is continuous," he said.

Every now and then, 25-year-old Bazila Ehsan puts a number of books and articles on auto-download at night. "The idea is to use the night time to download the study material so that I can read it during the day," said Ehsan, a PhD scholar at the Central University of Kashmir. "But then, if you have questions or want additional reading material, it takes a lot of time on 2G and you lose patience."

Ehsan is among thousands of students and scholars struggling in Kashmir. Two months earlier, she had applied for a broadband connection but it had not been installed yet.

After she enrolled at the university last November, Ehsan spent Rs 30,000 to make a trip to Delhi just to access the internet. "I downloaded whatever relevant material I could find, bought books because markets were closed in Kashmir, photocopied articles," she said.