Over 23mn children to be vaccinated against polio in nationwide campaign 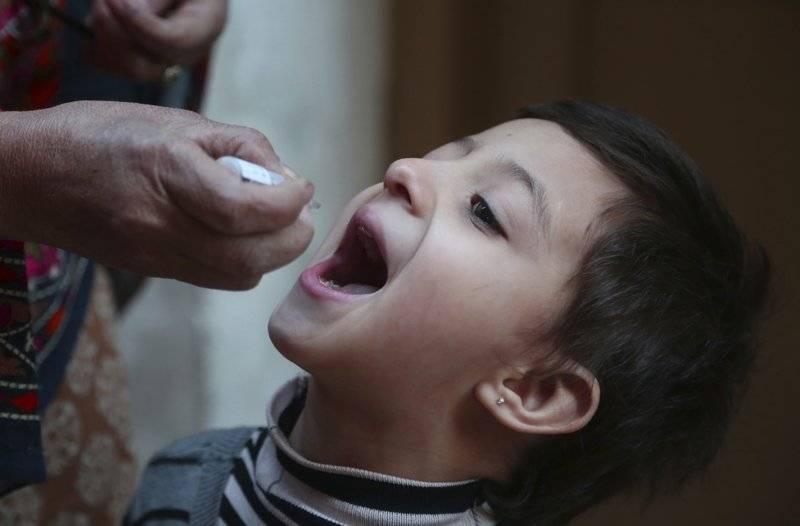 ISLAMABAD – Another nationwide polio campaign has begun in the South Asian country with a target to administer drops to 23 million children in a bid to fight the crippling disease.

Reports in local media cited that the polio campaign will be run in Punjab, Sindh, Balochistan, and KP and federal capital Islamabad.

Dr. Shahzad Baig, who leads the Polio programme, revealed that around 179,000 polio workers would participate in the nationwide campaign while completely adopting COVID SOPs.

“Administering polio drops to children up to the age of five years old is mandatory and the parents should welcome workers reaching out to them,” Baig said.

On the other hand, police personnel deployed to protect a polio vaccination team has been killed in Peshawar. It was the third attack in two days on Pakistani policemen assigned to protect polio workers.

The gunmen after killing the cop fled the scene and while a police search is underway.

ISLAMABAD – Pakistan reported no new case of polio in the last six months. According to the focal person for ...