The internet is not okay with Mohsin Abbas Haider's comeback song 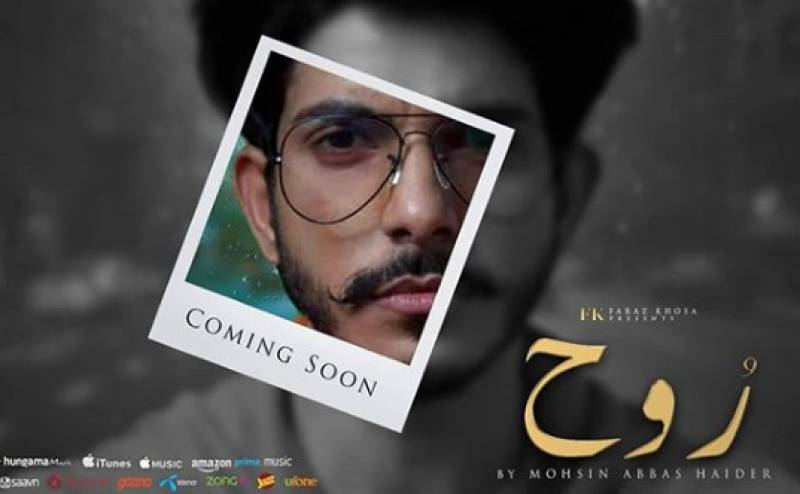 The song is Mohsin’s first project following his public feud with former wife Fatima Sohail who accused him of domestic abuse and infidelity.

Let's have a look at some of the Twiterrati's posts:

Why, Patari? Why do you want to lose users? https://t.co/5OlLxPA7vB

The versatile Mohsin Abbas - who can be a wife beater and a singer has cooked up something other than misogyny and violence this time. Please don’t watch or listen to this Abusers latest song. Don’t support abusers! There - fixed it for you Patari. No thanks needed! https://t.co/cCPAozR4kE

Patari which is run by a man who harasses young women, features harassers like Ali Zafar (and caters to their whims) has added another feather to its (women-hating) hat by giving a platform to a man who physically assaulted his wife and cheated on her. https://t.co/rmz86Qrm5b

It's not only Patari but several other celebrities including Abrar ul Haq, Nausheen Shah, Mohib Mirza and Faakhir Mehmood have also sent Mohsin Abbas their best wishes and good luck. In August 2019, Mohsin was found guilty of threatening his then-wife Fatema Sohail by a lower court in Lahore.

Fatema, in a shocking social media post on July 20 had alleged that Mohsin was domestically abusive and had hit her on multiple occasions. She later filed an FIR against Mohsin on grounds of abusive behaviour and that Mohsin extorted money from her.

LAHORE - Fatema Sohail, the estranged wife of actor-singer Mohsin Abbas Haider has filed for khula in a family court in ...

While the court found Mohsin guilty of threatening his wife, he was found innocent of breach of trust and demanding money from his wife.

Also, not to forget that in May 2018, Pataris’ CEO Khalid Bajwa was accused of misusing his power to extract sexual favours out of women. Though Bajwa initially resigned from his position, he was later secretly rehired by the company. Six of Patari’s original team members resigned in July of the same team after it was clear that Bajwa was not stepping down.

LAHORE - Actor-Singer Mohsin Abbas Haider is gearing up to make his comeback into the world of entertainment amid ...

In August 2018, Patari allegedly complied to a request made by Ali Zafar to change the ranking of a song released by Meesha Shafi’s brother Faris Shafi. Zafar, who at the time had been accused of sexual harassment by Meesha apparently felt that the promotion of Faris’ song made it seem that Patari was on Meesha’s side in their legal dispute.

LAHORE – Actor Mohsin Abbas Haider, who was accused of domestic abuse against wife Fatema Sohail , has been declared ...