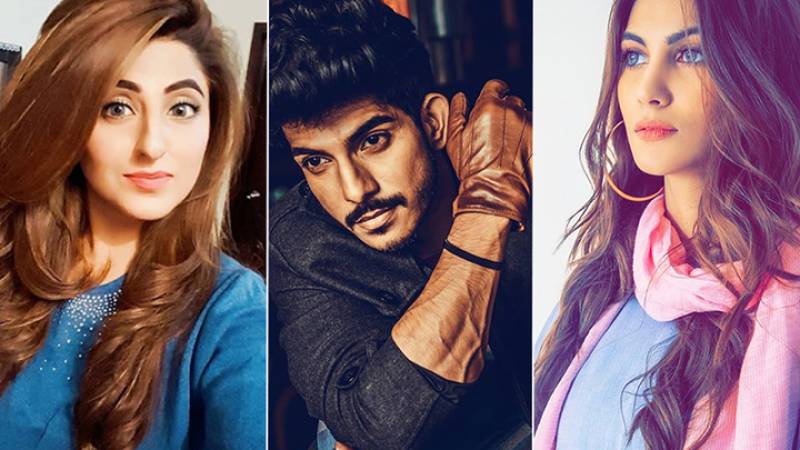 LAHORE - Fatema Sohail, the estranged wife of actor-singer Mohsin Abbas Haider has filed for khula in a family court in Lahore on Tuesday (yesterday).

According to reports, Fatima made her case on grounds of domestic abuse and infidelity. Fatima requested to the court to approve her plea for khula and issue a decree in the matter.

On the other hand, Mohsin took to social media to express his joy on his wife's decision: 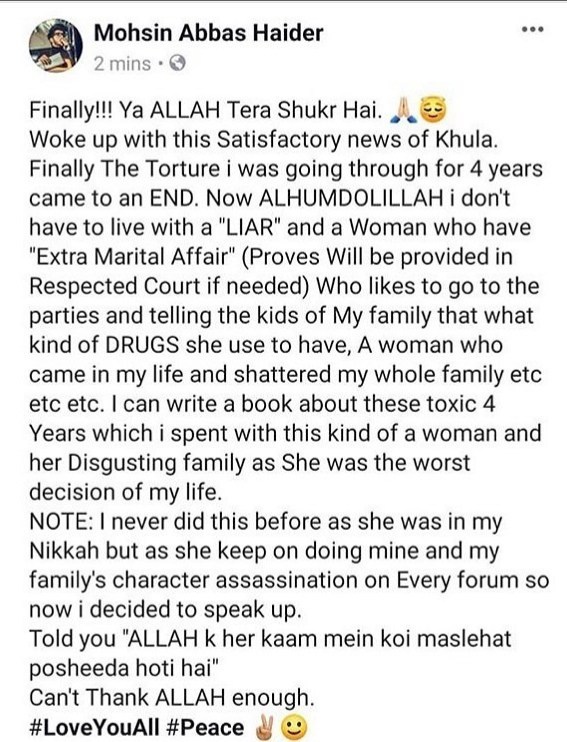 Earlier, in July Fatema had come forward with accusations of cheating and domestic abuse against the actor-singer. Fatema alleged that in November 2018, she caught Mohsin cheating on her and when she confronted him, “instead of being embarrassed he started beating” her even though she was pregnant at that time.

Luckily her child survived and Fatema said that she moved past the incident for the sake of her child. She continued that her childbirth was a complicated process but Mohsin never supported her and was instead, busy having an affair with an emerging model, Nazish Jahangir.