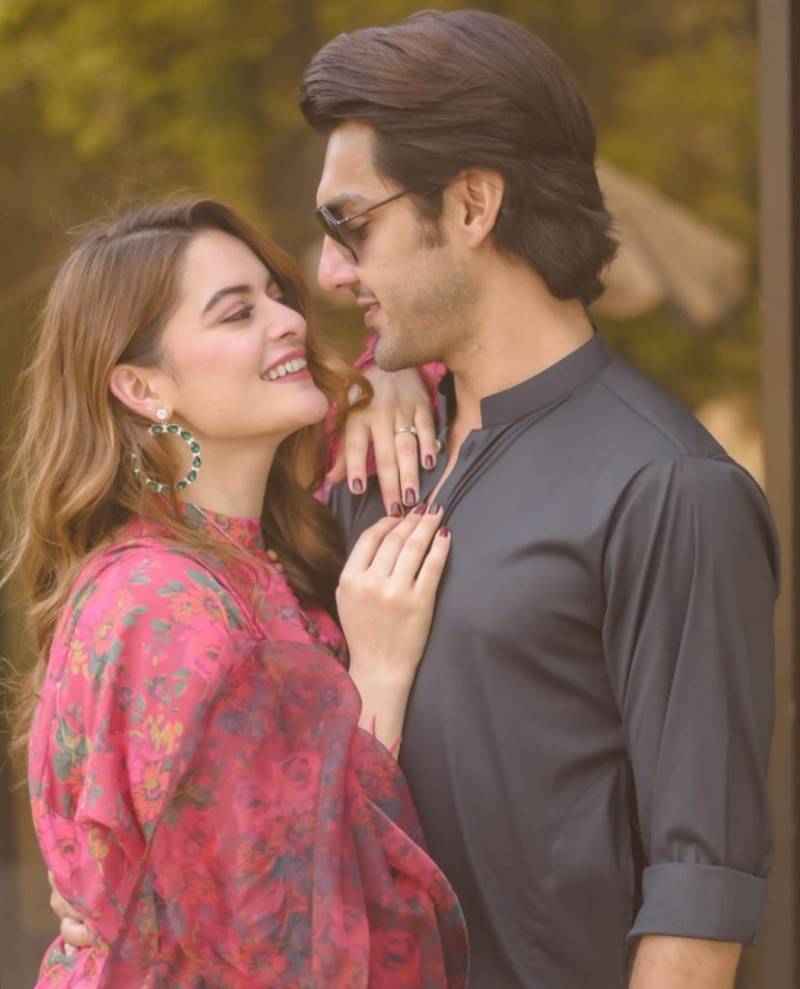 Monsoon romance has always been a soft murmur for the die-hard romantics and even the celebrity couple Minal Khan and Ahsan Mohsin Ikram were not able to escape the clutches of the season's charm.

Leaving the internet into a frenzy, the two were spotted romancing each other on a long drive. While driving and making the video, Ahsan requests his lady love to sing a song for him.

Not shying away from the challenge, the Jalan star flaunts her singing skills for fiancé Ahsan, leaving fans gushing over their adorable interaction.

The video spread like wildfire on the internet, with a majority claiming that old school romance is the best while some were concerned about the duo's disregard of road safety rules.

Moreover, Shaniera Akram gave a friendly reminder to the couple as she subtly highlighted their negligence towards road safety amid the first spell of monsoon.

“Come on guys, you’re famous, and have millions of followers, is it too hard to be a little bit more responsible? Put your seatbelt on and eyes on the road! I’m sorry to say but that wont be as cute if she’s singing it in the hospital”. Shaniera wrote.