Britain's Prince Harry arrives in Australia to serve in army 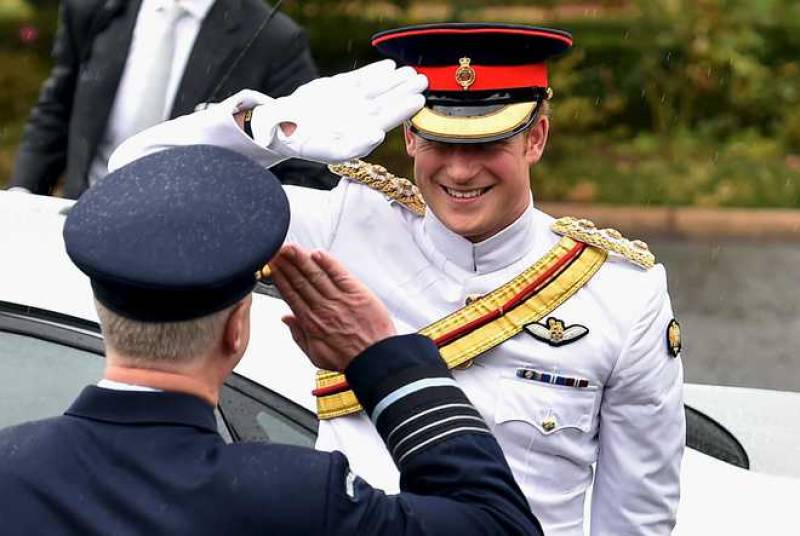 CANBERRA (Web Desk) - Prince Harry arrived in Australia Monday to begin four weeks of training with the Australian army in the final mission of the British royal's decade-long military career.

The fourth in line to the British throne, who will soon shift to fifth place with the birth of his brother Prince William's second child, arrived at Sydney International Airport dressed in army fatigues on a Qantas flight from London, television footage showed.

The only scheduled public appearance of his Australian deployment will take place later today 300 kilometres away in the national capital Canberra where he will lay a wreath at the Tomb of the Unknown Soldier.

The 30-year-old veteran of two tours in Afghanistan will then explore the World War I and Afghanistan galleries at the Australian War Memorial before reporting for duty to Air Chief Marshal Mark Binskin, who is Australia's Defence Force Chief.

Captain Harry Wales, as he is known in the British army, will be embedded with a number of Australian army units and regiments in the cities of Sydney, Darwin and Perth.

He will also attend centenary commemorations on April 25, Anzac Day, of the ill-fated World War I Gallipoli campaign in Turkey in which Australian and New Zealand forces under British command suffered heavy casualties.

The prince leaves the British army in June.