Senate Chairman in Karachi to woo back MQM-P 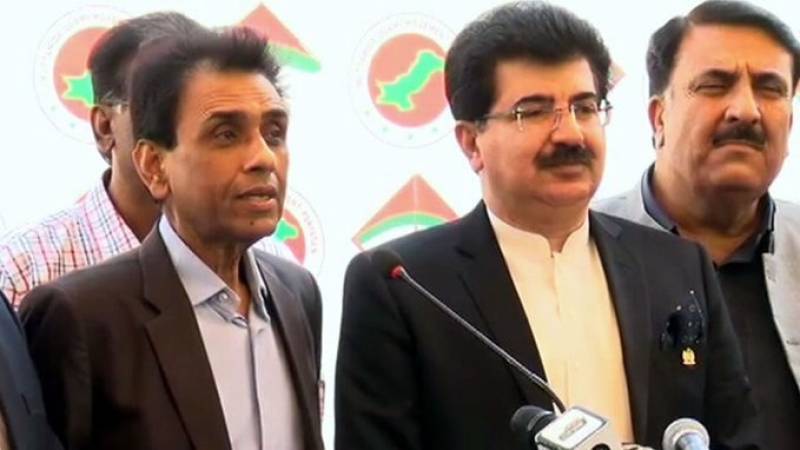 Aamir Khan along with other senior leaders of the MQM-P welcomed the Senate Chairman; who was also given a reception by the party.

After the meeting, in a media chat, Sanjrani thanked the MQM-P for support to elect him as the Chairman Senate for Balochistan’s due representation in the Parliament.

And that, he continued, the MQM-P always supported Balochistan on different important issues.

Sanjrani said he was ready to meet anybody and to go everywhere in the interest of the country. Balochistan’s Chief Minister and President Balochistan Awami Party Jam Kamal Khan would also visit MQM-P headquarters to meet its leadership and to listen to

their grievances, he said.

He assured that the Federal Government’s Committee, formed for this purpose, was working to resolve at the earliest the issues raised by the MQM-P leadership.

He said Khalid Maqbool Siddiqui, who is the Convener of his Party, was a matured and very experienced politician and parliamentarian. He (Maqbool) would revisit his decision of resignation from the Ministry and would continue serving the country and the nation.

“I shall request Khalid Bhai to take resignation back,” he said adding that Mr. Siddiqui would be contributing to the prosperity and development of the country.

MQM-P’s Convenor Khalid Maqbool Sidiqui also thanked Sanjrani for visiting the party’s headquarters and to listen to MQM leadership’s grievances with assurance of their resolution at the earliest.

“MQM became an ally to government for resolution of the problems facing the general public, especially in Karachi, not for getting Ministries,” he remarked.

He assured the Senate Chairman that like in the past, his party would continue supporting Balochistan on every genuine and important issue.