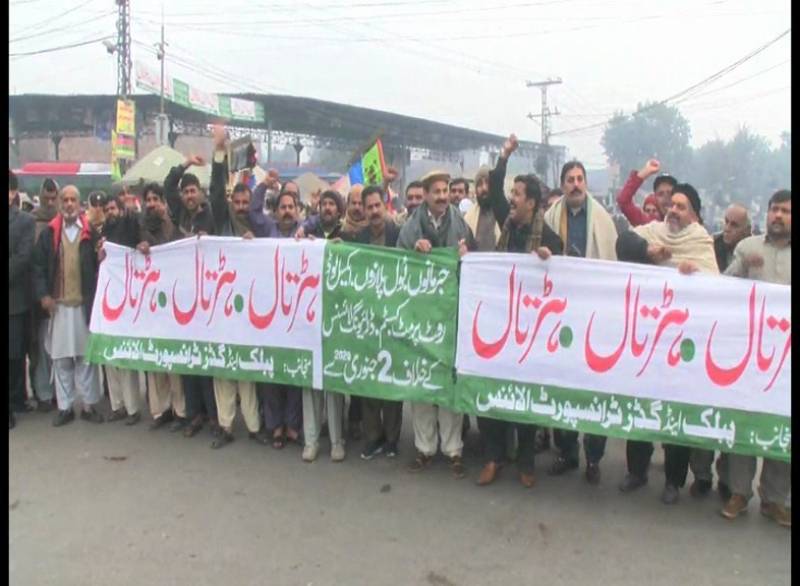 According to media reports the protestors demanded to immediately withdraw unfair fines and taxes and have started arriving at Babu Sabu Interchange for a protest at 12 different points in the city.

The protesters said that they will carry out a rally from Babu Sabu to Punjab Assembly and Nasir Bagh.

Earlier on Wednesday, transporters suffering from fines toll and other taxes had announced not to operate transport for the supply of vegetables and milk, while threatening to close the internal and external routes of the provincial capital.

The Public and Goods Transporters Association spokesperson expressed that all types of vehicles will observe the strike to call for an immediate withdrawal of unfair fines and taxes.