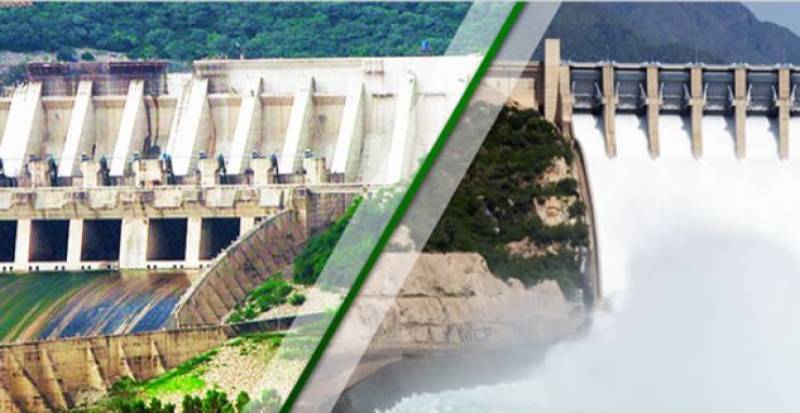 Environmental degradation all around the world has had drastic effects over the water bodies of the earth. Water, the essentially vital component of all human systems, appears to be something in need of dire consideration for its conservation. Agricultural countries like Pakistan have a higher need to ensure that their agriculture-dependent economies remain functioning, along with catering to the enormous water-needs of the burgeoning population. Water security is an important issue in Pakistan as it is one of the most water-stressed countries in the world, with a per capita water availability of only 1,017 cubic meters (m3) – one-fifth of the global average.

According to the United Nations Food and Agriculture Organization, an average Pakistani has just 1,000 cubic meters of water available in a year, compared to the global average of 7,000 cubic meters. Water security is a major challenge for Pakistan and the country needs to take urgent measures to address the issue. Pakistan faces a number of challenges when it comes to water management. These include the following:

Lack of integrated water management: Water management in Pakistan is largely fragmented, with no comprehensive national strategy or policy. This has resulted in a lack of coordination between the various stakeholders involved in water management, such as government departments, local authorities, and the private sector.

Water scarcity: Pakistan is facing a water crisis, with a growing population and limited water resources. The country is estimated to have a water deficit of up to 40%. This has led to a lack of access to water for drinking and irrigation, resulting in food insecurity.

Pollution: Pollution of surface and groundwater is a major problem in Pakistan. Industrial effluents, agricultural runoff, and untreated sewage are all sources of pollution. This has led to the deterioration of water quality, leading to water-related diseases and reduced aquatic life.

Climate change: Pakistan is one of the countries most vulnerable to the impacts of climate change. Rising temperatures and increased rainfall variability are leading to droughts, floods, and other extreme weather events, which are likely to worsen the water crisis in the country.

2. Invest in water infrastructure: To ensure an adequate water supply, the government needs to invest in water storage and distribution infrastructure. This should include the construction of dams, reservoirs, canals, and other water management structures. In addition, existing infrastructure needs to be maintained and upgraded to ensure its efficient operation.

3. Improve water efficiency: To reduce water wastage, the government needs to promote efficient water use. This should include the introduction of water meters and other water-saving devices, as well as public awareness campaigns to promote water conservation.

5. Reuse and recycle water: To reduce the demand for fresh water, the government needs to promote the reuse and recycling of wastewater. This should include the treatment of wastewater and its use for irrigation and other non-potable purposes.

6. Improve water quality: To reduce pollution, the government needs to implement regulations and standards to protect and improve water quality. This should include the monitoring of surface and groundwater, as well as the enforcement of penalties for pollution.

The Government of Pakistan has taken numerous steps to ensure the water security of the country. The foremost action taken was the establishment of the Indus River System Authority (IRSA) in 1992. This agency is mandated to regulate and manage the distribution of the Indus River’s waters between the provinces of Pakistan. In addition, IRSA also allocates the water resources of the three western rivers which include the Indus, Jhelum and Chenab Rivers. In addition to this, the government has also launched the ‘National Water Policy Framework’ in 2017. This policy seeks to improve the management of water resources in the country. It aims to ensure the fair distribution of water and promote conservation and efficient use of the resources. The government has also taken various initiatives to reduce water wastage. This includes the installation of water metering systems in various cities, the promotion of rainwater harvesting, and repairing of the numerous leakages in the water supply networks. The government has also taken initiatives to improve the irrigation system in the country. This includes the launch of the ‘National Water Efficiency and Conservation Program’ which aims to reduce water losses in irrigation systems. It also includes the introduction of modern technologies such as drip irrigation and sprinkler systems.

Pakistan will have to revolutionize its water supply systems and will have to sensitize its population regarding the level of water scarcity it faces. The country needs drastic measures to deal with its water security issues. Pakistan needs to harness better technologies and newer sources to cater to its water needs. The effort for water security needs to be collaborated, government and public working hand in glove. Water is the currency of the future, conserving it should be a top priority.