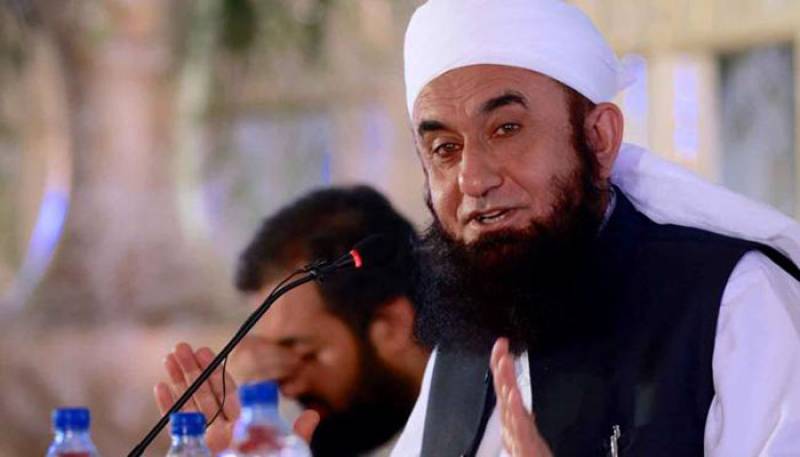 SARGODHA - The Muttahida Majlis-e-Amal public gathering for the election campaign became a talk of the town on social media as an 'impersonator' of renowned Islamic cleric Maulana Tariq Jamil addressed the audience and asked for votes for the upcoming polls.

As election fever has gripped Pakistan and political forces have sprung into action to woo voters, MMA went a mile further and engaged Maulana Azaad Jamil to address the constituents, last Friday.

The preacher bears an uncanny resemblance with Maulana Tariq Jamil - both in terms of facial expressions and voice pitch - who asked the audience to vote for Book, the electoral symbol of Muttahida Majlis-e-Amal.

In clear worded remarks, the Islamic scholar asked people to support Dr Muhammad Arshad Shahid who is in the electoral race for NA-90 seat of the National Assembly.

A few of the social media users also alleged that the arrival of Maulana Tariq Jamil for the said gathering was announced earlier, however, the organisers then engaged his look-alike Maulana Azad Jamil.

It bears mentioning that Maulana Tariq Jamil addresses government servants and politicians but he avoids expressing his views through the platform of any political party and asks people to unite, instead of giving a fillip to the political differences.

However, Maulana Azad Jamil - who is not a son of Tariq Jamil - vied for the candidate of Muttahida Majlis-e-Amaland and asked the public to vote him into power, drawing an analogy of Holy Quran with the electoral symbol of the party.