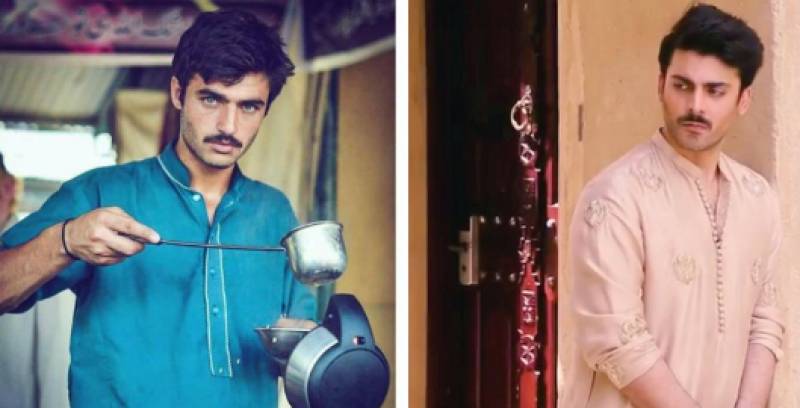 Last week, the famous couple of Hum Tv serial Humsafar worked together for an Indian magazine and the shoot is simply amazing. Mahira and Fawad both worked together after a long time and when the shoot was being published on the internet, the fans could not stop commenting on it.

Many people posted on Twitter regarding the resemblance noticed between Fawad and a blue-eyed 'chaiwala' who was a viral sensation in Pakistan a few years ago. named Arshad Khan. Arshad became famous as 'chaiwala' after Islamabad-based photographer Jiah Ali Instagrammed a photo of him pouring tea.

Let's have look at some of the comments by the fans:

Is it only me or anybody else feels Fawad Khan in his latest photoshoot is looking like that Chaiwala who was famous sometime back?

After reading comments, We felt the resemblance between the two handsome men too!