Snow leopard who fell from Chitral hill succumbs to injuries 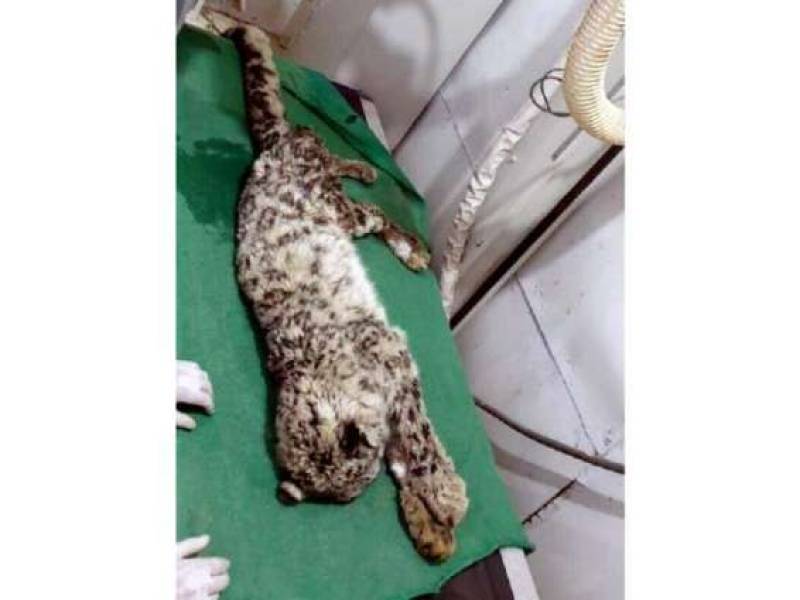 PESHAWAR – An adolescent snow leopard that fell from a hill in Chitral while chasing its prey a couple of days ago has succumbed to injuries during treatment at Peshawar Zoo.

The injured animal was in bad shape and so weak to show any sign of recovery from his injuries.

Zoo officials said the damage to its spinal cord from the fall also worsened the big cat’s condition and it could not recover despite provided every available and needed treatment.

A female snow leopard aged 4-5 years was seen injured and in paralysed condition in Arkari Rabat area chitral. This...

The leopard was rescued after a villager in Rabat valley had spotted the wild animal in frail condition staggering downward to the village.

Snow leopard is listed as Vulnerable on the IUCN Red List because the global population is estimated to number less than 10,000 mature individuals and is expected to decline about 10% by 2040.