Snow leopard rescued after falling from cliff in Chitral 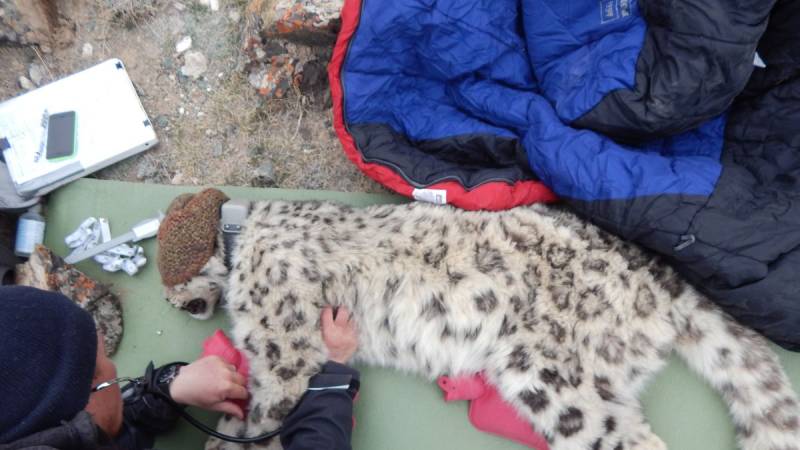 "The rare big cat was severely injured in the rear after falling from a cliff while chasing a prey," informed Israr Ahmad, DFO Peshawar.

The man rushed to the village and came back along with a number of villagers who stopped the leopard from entering the village, he added.

“The villager then informed us on which men were sent to the area who got hold of the leopard without using any tranquilizer as it was too feeble to resist,” said Mr Khan.

The animal has been shifted to the veterinary hospital, Chitral city.

MITHI – Residents in Tharparkar region of Pakistan shot a leopard dead after it attacked and injured 8 ...

Khan said that the animal’s rear body seemed to be paralysed which meant the injury had been caused due to its collapse from a hillock while chasing its prey.

The leopard is said to be of adult age and it had not been spotted in any part of the district in the last four years.

It is listed as Vulnerable on the IUCN Red List because the global population is estimated to number less than 10,000 mature individuals and is expected to decline about 10% by 2040.

ISLAMABAD – A snow leopard that wandered off into populated area in Abbottabad was killed after it attacked a man ...