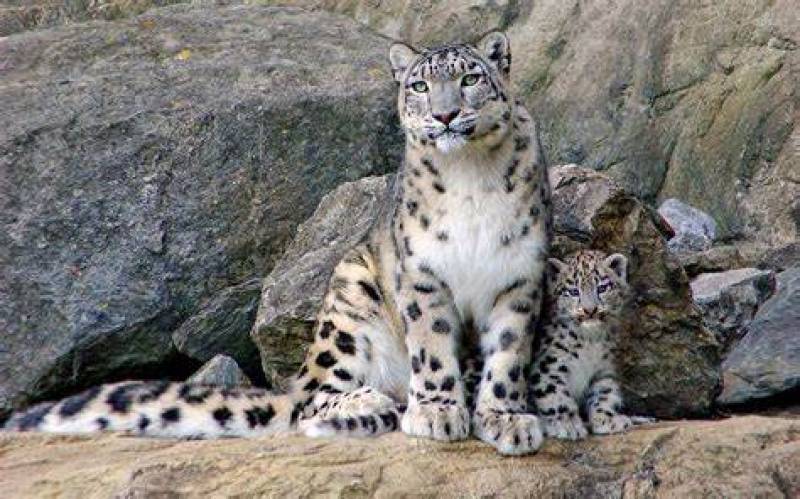 ISLAMABAD – A snow leopard that wandered off into populated area in Abbottabad was killed after it attacked a man in the area. As the rare animal attacked the man, locals gathered and killed it.

Pictures of the deceased animal and the man it had attacked have been going viral on social media. Reaction to the incident have been mixed with some lamenting the fact that the government was yet to formulate a policy on the protection of such rare creatures as well as the human population of the area.

In winters, snow leopards and other wildlife that live on mountains come down for food and heat due to snow and icy temperatures in their natural habitat. The government has said time and again that it will form a policy and implement measures to ensure that such incidents don’t happen, but that is yet to happen.

LAHORE – Four female black deer of a rare breed have been stolen from the Safari Park Zoo in Lahore’s ...

Snow leopards are rare beautiful creatures, near the brink of extinction and protected by the UN, that are found in the Karakoram Mountain Range. Killings even one of these creatures can go a long way into facilitating their complete annihilation from the face of the earth.

LAHORE – Four female black deer of a rare breed have been stolen from the Safari Park Zoo in Lahore’s ...