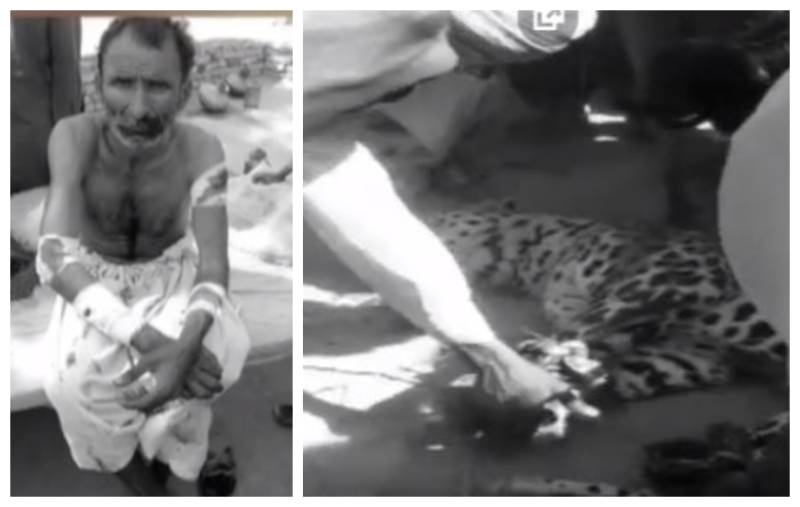 MITHI – Residents in Tharparkar region of Pakistan shot a leopard dead after it attacked and injured 8 people.

The big cat came out from the border area of Saranghwari and Bhutaro villages of Islamkot tehsil in Tharparkar and attacked the villagers injuring eight people, stated the wildlife department.

The injured were taken to a local hospital and were sent home after receiving first aid. The residents chased the big cat and hunted it after the incident.

Residents said that the leopard was troubling them from time to time and had previously injured 7 people.

Local hunters on their search for a wild boar came across one of the endangered species around the globe – ...