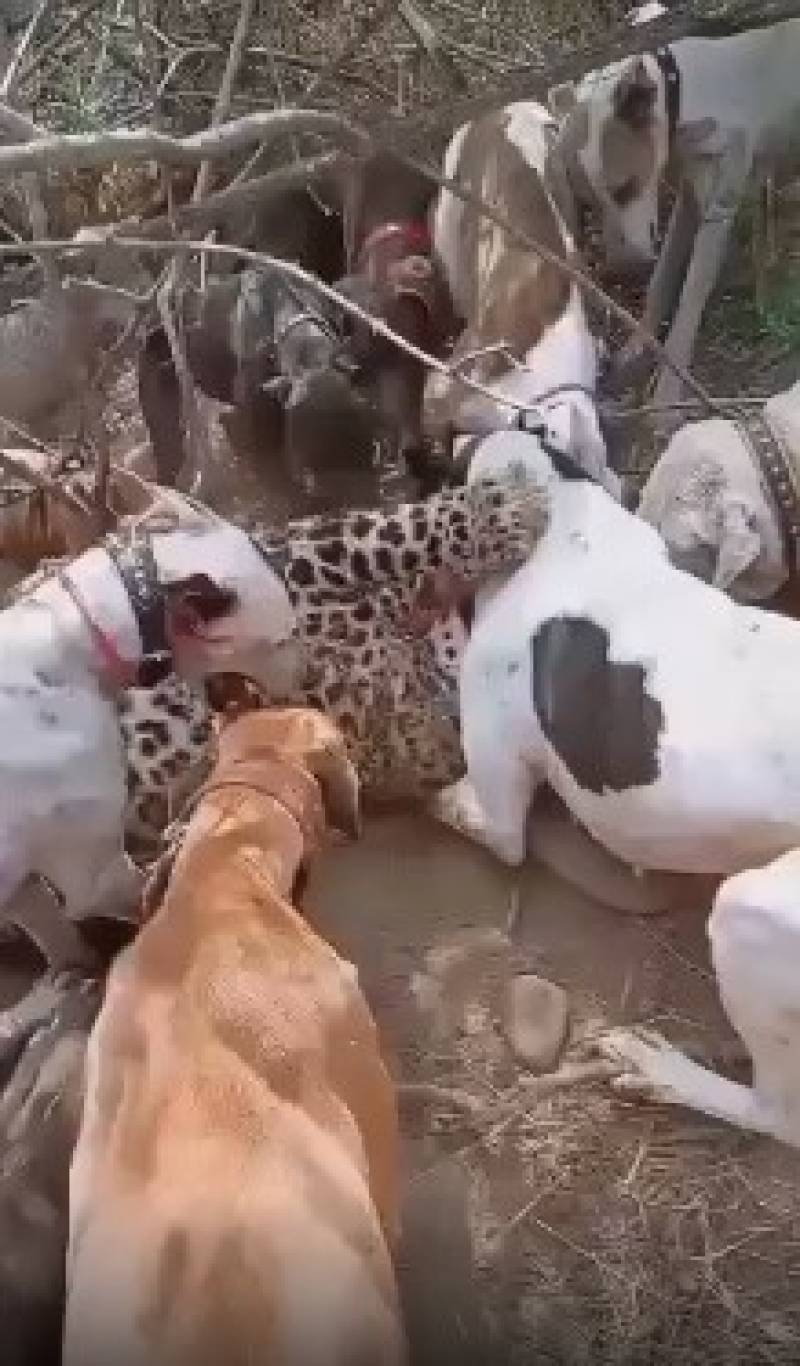 Local hunters on their search for a wild boar came across one of the endangered species around the globe – leopard. Without considering the importance of the animal, they unleashed their hunting dogs which tore the big cat to pieces.

The appalling footage depicts how a pack of hunting dogs was allowed to attack a forsaken leopard who can be seen lying defenselessly on the ground, surrounded by the hunting dogs who were attacking the big wild cat continuously. The leopard also tried fighting back, but couldn’t go on for long and eventually gave up.

While the leopard was being savaged and his flesh was being ripped off by the hunting dogs, men in the background can be heard laughing and enjoying the barbaric scene. They filmed it and uploaded on social media.

It is believed that the video was recorded in Punjab province, however the actual location is yet to be verified.

The brutal act is unjustifiable, therefore, it is imperative that the men who took part in this attack should be held liable. This inhumane act of killing needs to be prevented as this is causing extermination of the endangered species.

People fail to understand and admit the fact that animals have rights too. Animals around the world are suffering to a great deal due to different reasons which needs to be addressed. All the animals deserve a healthy life and eco-friendly environment.

Animal cruelty is indeed a punishable offence. The wildlife sanctuary organisation ‘Insaniyat’, which shared the video on Facebook, has also requested the masses to help them identify the people or the dogs spotted in the video, so that the culprits should be brought to book soon. People are also condemning the vicious act and demanding strict action against it.

The leopard is listed as an endangered specie according to the World Wildlife Fund. Only 80 leopards are believed to be living in the wild across the globe.