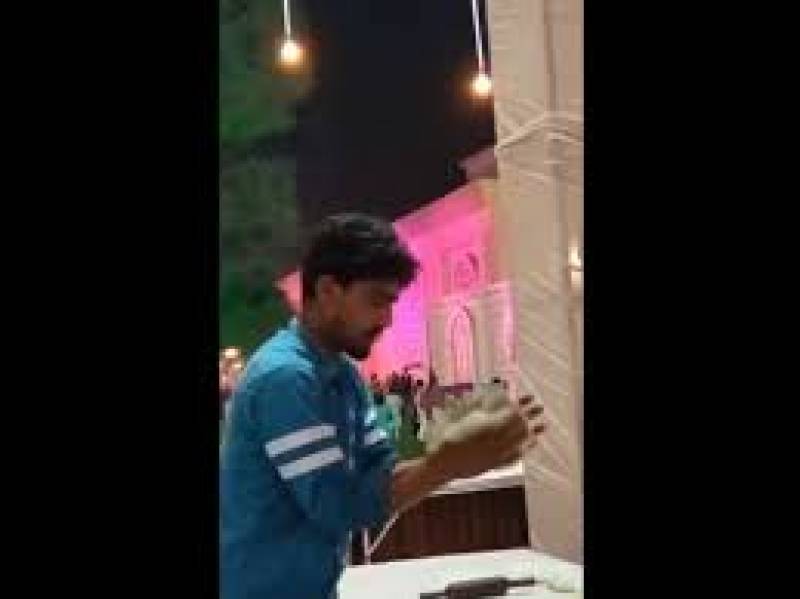 MEERUT – A video of man spitting on rotis while he cooks them in a makeshift tandoor at an Indian wedding in the northern state of Uttar Pradesh has shocked the netizens.

In the video, the man can be seen bringing his mouth closer to the bread and spit on each roti before putting it in the tandoor.

The video soon became viral and people demanded him to be arrested and strict action be taken against him. Meerut police arrested the man identified as Naushad alias Sohail.

Reportedly, a guest at the wedding secretly made the video and posted it on social media.

The UP police said the accused was cooking at a wedding held in Aroma Garden on February 16. After being alerted, according to reports in Indian media, the cops arrested the accused from his residence and booked him under relevant sections of the Indian Penal Code (IPC).

MAHARASHTRA – Indian farmer and entrepreneur Janardhan Bhoir has bought a helicopter worth Rs300 million for his ...