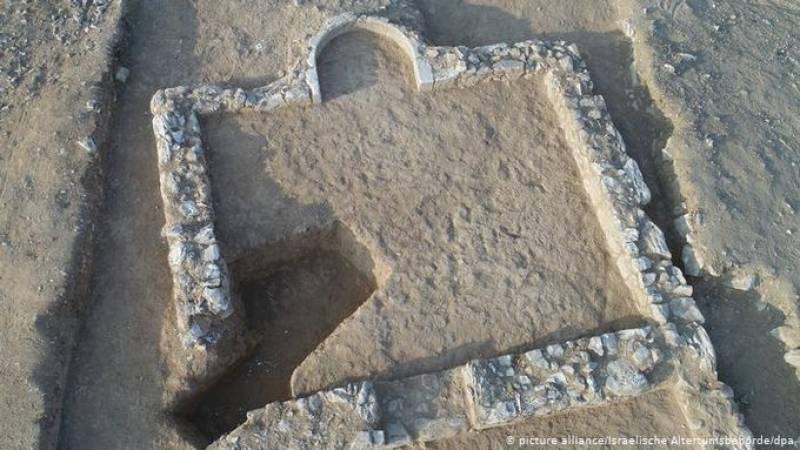 JERUSALEM – Archaeologists in the Occupied Palestinian territories said on Thursday that they had found the remains of a rare 1,200-year-old mosque, one of the most ancient known mosques in the world.

The building was discovered by chance during preparations for the construction of a new neighbourhood in Rahat, a Bedouin town in the Negev desert in the southern side of the illegal state of Israel.

"It is one of the earliest mosques known from the beginning of the arrival of Islam in Palestine, after the Arab conquest of 636," said Gideon Avni, an expert on the early history of Islam, in a statement issued by the Israel Antiquities Authority.

The excavation is carried out in collaboration with Bedouin residents and Arab and Jewish youth groups from villages and towns in the area, the authority said.

At the site, an open-air rectangular-shape mosque was found, with a "Mihrab," or a prayer niche facing south toward Makkah, Islam's holiest city.

"These features are evidence for the purpose for which this building was used, many hundred years ago," said Jon Seligman, a co-director of the excavations.

"From this period there are large known mosques in Jerusalem and in Makkah, but here we have evidence of an ancient house of prayer, which seems to have served the farmers who lived in the area," he added.

According to Avni, the discovery of a mosque indicates the processes of cultural and religious change which the country underwent during the transition from the Roman-Christian Byzantine period to the early Islamic period.