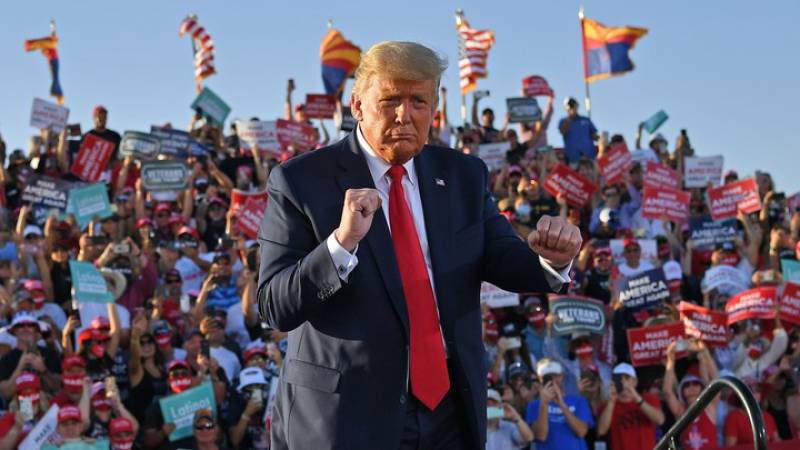 WASHINGTON – US President Donald Trump on Tuesday posted a last-minute campaign video of him dancing to YMCA as Americans head to the polls to vote for the next leader of the country.

Trump shared the video with the caption: “VOTE! VOTE! VOTE!”

The video features a series of clips from across the country and showed him dancing and pointing to the crowd at various rallies he's been holding across the past few weeks.

President pinned the video to the top of his profile, The video has got more than 36 million views so far.

The video was set to the music of the gay-hookup song YMCA by The Village People. The song is an iconic one that ruled the charts back over four decades ago. The popular track is often used at sports events and competitions.

Twitteratis edit the clip with songs like Baby Shark, which fits perfectly in time.

look it's not my fault the president retweeted a clip that syncs perfectly to the most watched youtube video of all time pic.twitter.com/NSXI850k6U

A signature part of the song is people dancing and moving their arms to spell out the four letters of the song's title. "Y.M.C.A."