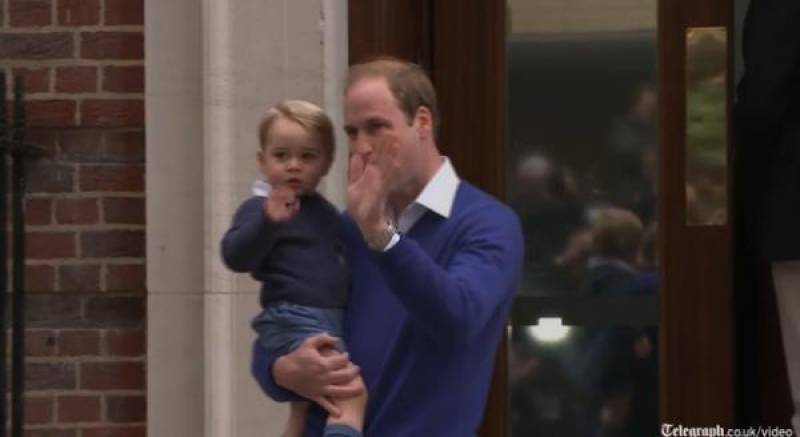 The young prince was brought to the hospital by his father Duke of the Cambridge Prince William who just minutes before had left to pick his son.

The prince said that he is very happy in the first statement after the birth his daughter as he left the Lindo Wing at St Mary’s Hospital to visit his son Prince George.

William told waiting press and public he was “just going to pick up George”, who is being cared for by his nanny, and presumably tell the youngster about his new sister.