Tamim hits 206 as Test ends in a draw 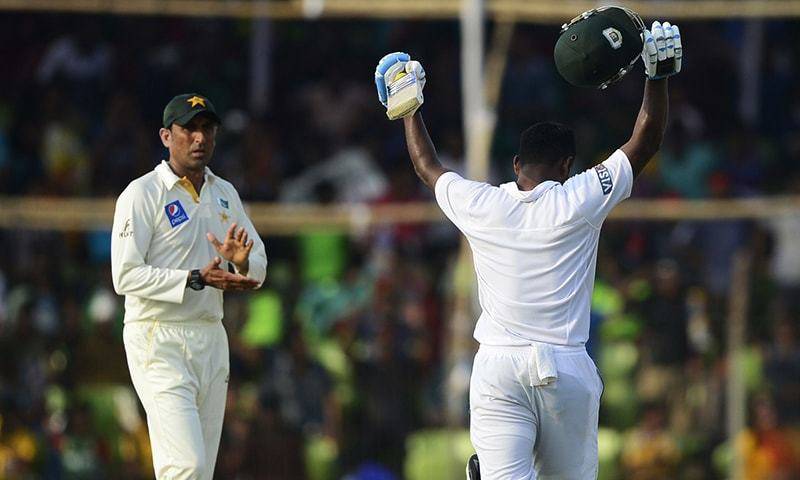 KHULNA (Web Desk) - Tamim Iqbal hit a maiden double-century as the first Test between Bangladesh and Pakistan ended in a draw in Khulna on Saturday.

The hosts, trailing Pakistan by 296 runs on the first innings, were 451 for three in their second knock at tea on the fifth and final day at the Sheikh Abu Naser stadium.

Tamin scored 206, the most runs by a Bangladeshi batsman in Test cricket, before he was stumped off Mohammad Hafeez attempting a big hit.

Tamim had shared Bangladesh's highest-ever partnership of 312 with fellow opener Imrul Kayes, who was dismissed for 150 in the morning session by Zulfiqar Babar.

At tea, Shakib Al Hasan was unbeaten on 32 and Mohammad Mahmudullah was on 34, with Bangladesh 155 runs ahead and only one session of play remaining.

The second and final Test starts in Dhaka on May 6.