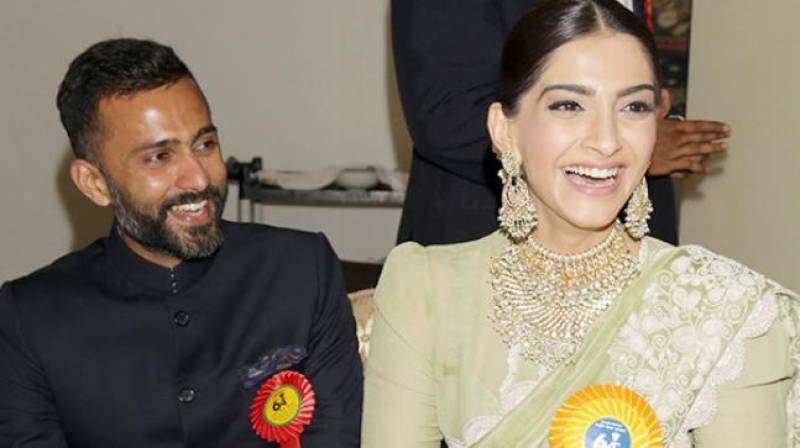 LAHORE - Wedding bells are ringing for Sonam Kapoor and Anand Ahuja as both have finally admitted to rumours of them tying the knot. And while the wedding date has been finalised to May 8, the two are already becoming our favourite couple on the block.

Just after announcing their wedding, Anand posted a very cute message on his Instagram and tagged Sonam Kapoor in the post.

Anand said: "#ibelieve #RoaldDahl#trendthis ... One idea that has always amazed me is, “if we can all make one, just ONE person happy, the whole world would be happy.” How true and simple is that. The answer to world peace is simply loving those around you."

What added more cuteness to the post was Sonam's reply.

Right after her wedding, Sonam will walk the red carpet at the Cannes Film Festival on May 14 and May 15.