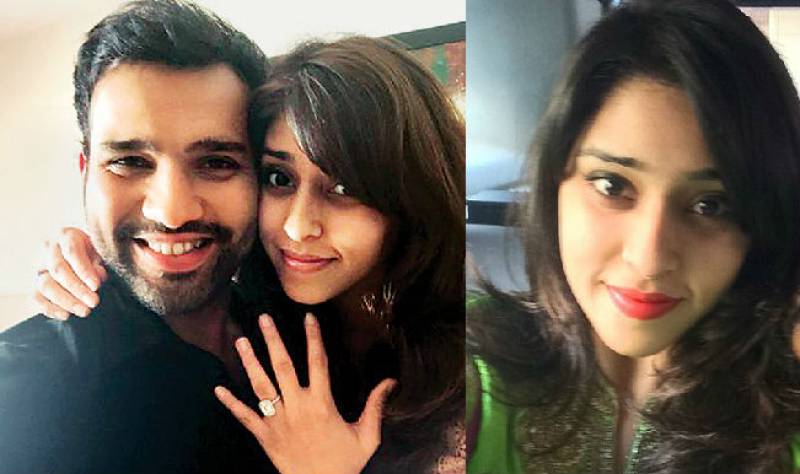 DELHI (Web Desk) - The wedding date for yet other Indian cricketer gets confirmed! Joining the list of married club after Suresh Raina, Dinesh Karthik and Harbhajan Singh, Mumbai batsman Rohit Sharma will be tying the knot with long-time fiancee Ritika Sajdeh on December 13.

According to reports, the date has been finalised keeping the India-South Africa Test Series in mind as it ends on December 7 in Delhi. Also Read: Rohit Sharma’s fiancee Ritika Sajdeh says Indian cricketer is ‘hilarious, positive, shopaholic’! 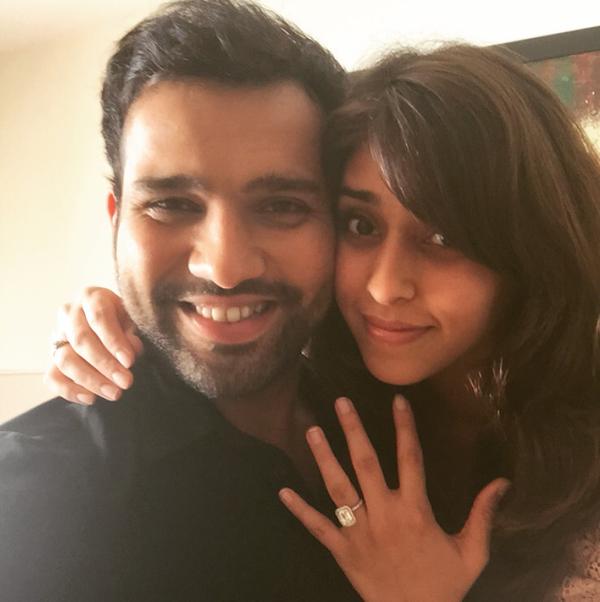 The star batsman had created a stir on Twitter on his 28the birthday as he posted a sweet picture of his lady love wearing an engagement ring. He wrote, “From best friends to soulmates, couldn’t get any better.”

Rohit Sharma who is the record holder for the highest run score in One-Day-International cricket history (264 against Sri Lanka at the Eden Gardens) had proposed his lady love in a romantic setting at the Borivali Sports Club in Mumbai, the ground where he began his career. 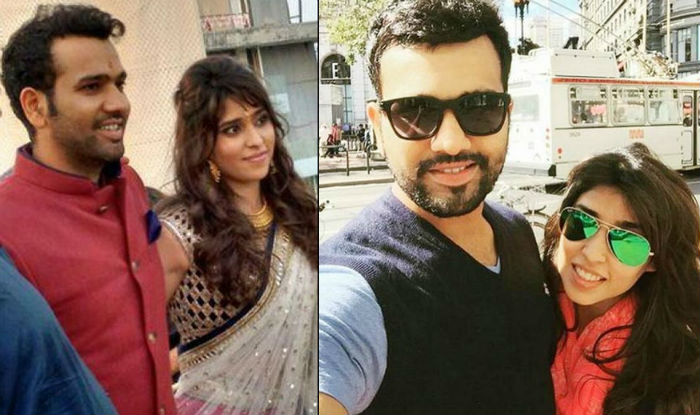 And now with the marriage dates revealed, everyone would expect another gala affair. The sources reveal the ceremonies to be a half-day affair in a Bandra five-star hotel on December 13. Also Read: All you need to know about beautiful bride-to-be of MI skipper.

With this, the wedding season in the Indian cricket continues. Recently, veteran cricketer Harbhajan Singh got married to his long-time actress girlfriend Geeta Basra on October 29. Middle order batsman Suresh Raina married his childhood friend Priyanka Chaudhary on April 3 while wicketkeeper batsman Dinesh Karthik got hitched to squash player Dipika Pallikal in the month of August this year.