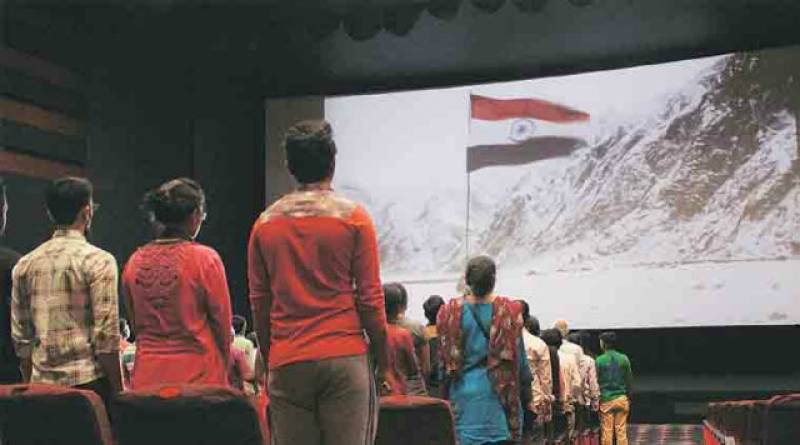 GUWAHATI - A wheelchair-bound man was abused at a multiplex in northeastern India, for not standing up when the national anthem was played at a cinema last week.

Arman Ali, 36, was sitting in the front row of a cinema in Guwahati city of Assam state when he had to face the outrage of the bystanders for being able to stand up during the national anthem.

“I sat upright as a mark of respect when the anthem was played, but still people behind me started abusing me for not being able to stand up as according to them I did it intentionally to show disrespect towards the national anthem of India,” the physically challenged man said in a Facebook post.

“I was singing along while sitting. I heard someone commenting and calling me a Pakistani. Two men behind me were also making abusive remarks against me,” Ali added.

"Saamne ek Pakistani baitha hai (A Pakistani is sitting in front)," one of them reportedly said.

However, according to media reports, Ali has stated that he will approach the Supreme Court and will submit a report against the ordeal he had faced.

Hitting out at ‘Pseudo nationalism’ in ‘New India’, the man said “Movie halls seem to have become the new battlefield of the Nation where people prove their patriotism and nationalism.”

After the 1962 war, the National anthem, Jana Gana Mana, was mandatory in the cinema halls across India , but the practice had faded out eventually.

In December last year, the Supreme Court of India had made it compulsory for all the cinema halls in India to play the national anthem before the feature film starts and had ordered all those present in the hall to stand up to show respect to the national anthem.

A week after its verdict, the top court did exempt persons with disabilities from standing up.

"At our organisation, where we closely work with people with disabilities in all seven northeastern states, we sing our National Anthem every day. I don't think we need to prove our patriotism by standing inside a cinema hall," Ali told ANI.

In October, 2016, paralysis survivor, author, poet and disability activist Salil Chaturvedi was assaulted at a cinema hall in Goa for not standing up during national anthem.