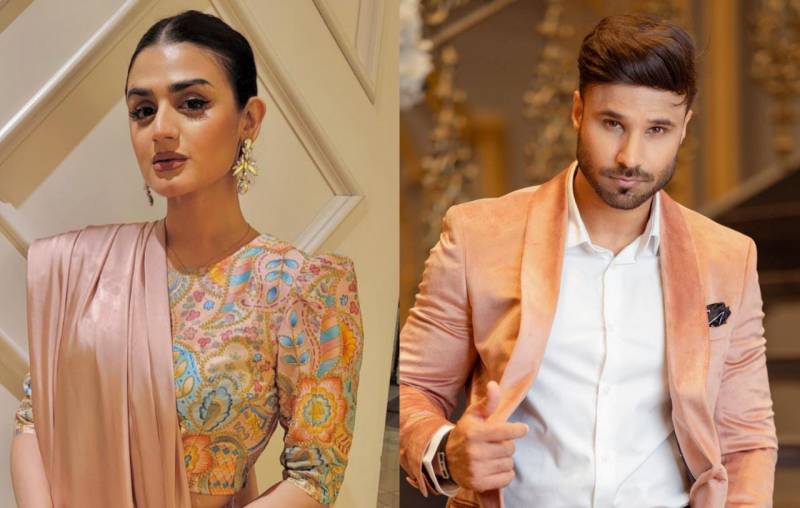 A popular band, Soch, recently dropped a new song titled Mera Naam which featured some of the well-known faces of Lollywood.

The latest song of Soch The Band has been receiving positive responses from netizens and critics alike not just for its soulful composition but also for the cinematography with Hira Mani and Rahim Pardesi in lead roles.

The official music video is directed by Adnan Kandhar. The song revolves around Mani and Pardesi's post-break-up scenario. Mera Naam begins with the Do Bol star turning down Pardesi's proposal because he can’t “afford” her.

The music video progresses with Mani going out with another man at Soch’s live performance. Pardesi also happens to be there but the Mohabbatein Chahatein actress ignores him to focus on her new love interest who seems to talk to other ladies and ignore Mani. The scene hints at the Aangan star being unhappy in her new relationship that promised a life of luxury but struck out loyalty.

In the end, Mani sits on the staircase when Pardesi walks up to her to speak to her before driving away with his partner.

Pardesi, on the other hand, is a Scottish-Pakistani YouTuber who gained fame with his YouTube skits. Pardesi is currently seen in the YouTube web series Inspector Bulla.

Lollywood diva Hira Mani's stardom skyrocketed within a very short span of time due to her impeccable acting skills and ...