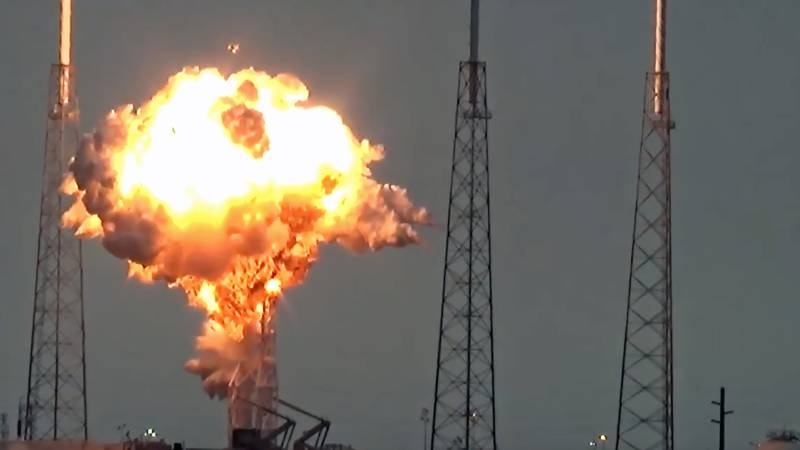 CALIFORNIA (Web Desk) -An unmanned SpaceX Falcon 9 rocket exploded on the launch pad during a test in Florida on Thursday, knocking down a satellite that Facebook devised to beam high-speed internet to Africa.

SpaceX clarified that there were no injuries as a result of the explosion, which it described as an "anomaly." NASA's facilities at Cape Canaveral were not damaged by the blast and none of the planned NASA flights have been affected.

Musk refuted the news that the fireball was an explosion.

yes. This seems instant from a human perspective, but it really a fast fire, not an explosion. Dragon would have been fine.

The harrowing footage broadcasted by ABC News showed the rocket burst into a roaring ball of flame amid what appeared to be a chain of blasts.

The blast, which took place at 9:07 am, was a series of explosions that lasted for more than four minutes. Launch Complex 40, where the blast occurred, is an Air Force facility which has been leased to SpaceX. The company has launched 25 rockets from the site since 2010. Its rockets have carried supplies to the International Space Station as well as satellites, CNN reported.

The explosion destroyed the Israeli communications satellite that the Falcon 9 was due to deliver into orbit on Saturday drawing a dismayed reaction from Facebook chief Mark Zuckerberg.

Mark, who was in Kenya at the time of incident also shared his distress on his social media handle.

Surprisingly a facebooker showed his concerns regarding the planned explosion for amassing insurance money but the 32-year-old CEO dispelled any such suspicions.