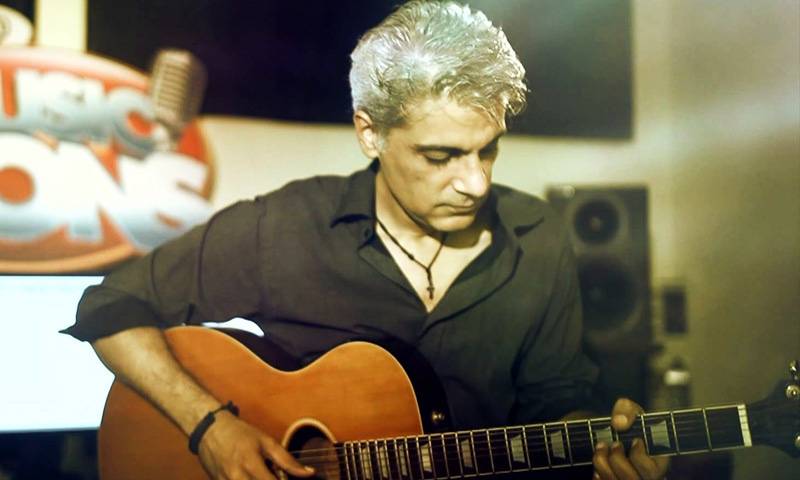 LAHORE - All Amir Zaki fans appear to be forgiving Coke Studio for ‘ruining’ classics following the release of the late guitar maestro’s final solo to Javed Bashir's track in its latest episode.

Amid all the recent criticism for what music lovers call spoiling one of the best sufi rock songs ‘Sayonee’ by launching its rendition, Coke Studio has made a big comeback with their fourth episode.

Aamir Zaki, the renowned legendary guitarist passed away on Friday at the age of 49. Zaki suffered from heart failure ...

The ace guitarist died of heart failure on June 2, 2017, at the age of 49. Zaki was one of the most inspiring musicians of the country. Many believe he was the best of his generation.

He emerged on the showbiz scene in the 1980s when the face of popular music was changing in the country.

He played as a session musician for many bands (including Vital Signs and later on Fuzon) and music companies, but earned recognition through his masterful solo renditions.

His song ‘Mera Pyar’, which he sang as well, was a hit the moment its video was released in the mid-1990s. Contrary to the kind of music that he liked to play on the guitar, ‘Mera Pyar’ was a soft, romantic track. His gentle vocals pleasantly surprised music lovers of the country.

Zaki’s influences ranged from Jimmy Page, Jimmy Hendrix, Al Di Meola and Joe Satriani. But he was keen on discovering his own sound as a guitar player, and managed to do that convincingly. It is difficult to define his style, and yet not difficult to immediately recognise it.