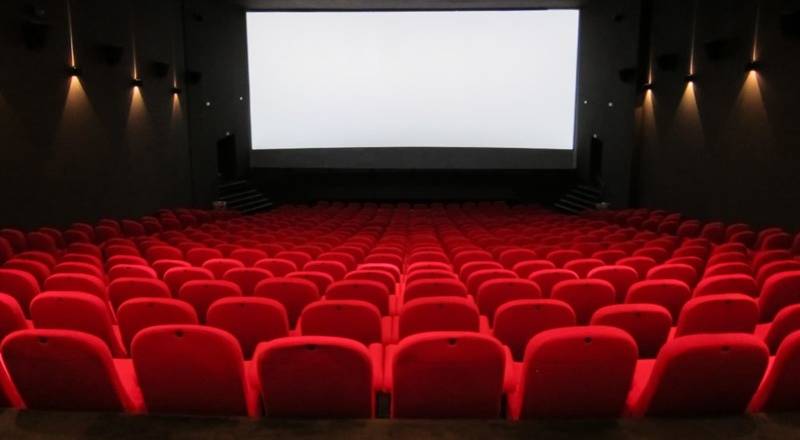 LAHORE - A well-known  cinema in Lahore has released explicit footage of couples putting on public display of affection at the movies.

The CCTV videos showed people engaging in intimacy and people are outraged that the videos were taken in the first place.

Former director-general of the Punjab chief minister’s Strategic Reforms Unit and activist Salman Sufi was the first to highlight the issue on Twitter.

“Just found that video recordings of citizens from cinema halls in Pakistan have been shared around. This is not acceptable and is a violation of [the] law. We demand that all theatres/public places delete all video recordings that have no recorded safety threat as soon as possible,” he wrote.

On Twitter, Sufi said he intends to file a lawsuit against the establishment of the theatre behind the act. He launched the movement #PrivacyIsARight to safeguard the privacy of Pakistanis with a specific set of demands.

Citizens-Netizens-Join us as we continue the movement to safeguard our privacy in public places. These are the set of rules we request every public facility to follow. Please share them as widely as possible so no entity records our families unsafely & leaks it. #PrivacyIsARight pic.twitter.com/Pi64LYvfBx

He also said a non-disclosure agreement should be added to every ticket that is purchased, which will give citizens the right to not allow the management to keep their recordings. “This is a serious breach of our privacy right and can never be allowed,” he said.

Let's have a look at some of the social media reactions to the cinema leaking videos matter:

Thanks for initiating this cause . @SalmanSufi7

Emporium cinema in Lahore, DHA should be sued for breach of privacy under cyber law for leaking out videos of couples involved on PDA.

Shameful how our PUBLIC doesnt understand the basics of Morality. Recording and sharing Vdo sharing via Night Vision cams of people's personal inappropriate deeds is NOT OK. #cinema #Lahore

#EmporiumMall #Leaked #Videos suggests why mobs in protest often used to burn down #cinemas in rage. Sad that #1 foremost it's a #Privacy issue but #2 creating a space for this to occur in the public space. Question becomes is a cinema a public space or private What do you think?

Nighat Dad, a lawyer and digital rights activist, also spoke about the violation of privacy and said there is a lack of awareness about it. “[There is] no accountability around how companies, telecom, public bodies, ISPs retain, process or share citizens data,” she wrote.

There is absolutely no awareness around right to #privacy among citizens and no accountability around how companies, telecom, public bodies, ISPs etc retain/process/share citizens data. Reason why we Data Protection Law and privacy commission. #PrivacyIsaRight and not privilege. https://t.co/qCuntupDWA

Dad had shared her thoughts with local news channel 'Samaa TV' that such incidents have happened in the past but no one took any action against the cinemas. “Nobody speaks up because there is so much shame attached to it,” she said. The lives of the people in the videos have been ruined, she added, urging the need for a data protection law and privacy commission. “Privacy is a right, not privilege.”

She further stated that the long-term solution to this matter is that legislation protecting people’s rights. “Awareness sessions should be conducted in schools, colleges and offices to help people know about their rights or who should they reach out to".

LAHORE-Nighat Dad was named the only Pakistani to feature in 2018 list of Young Global Leaders (YGL) issued by the ...

Citizens-Netizens-Join us as we continue the movement to safeguard our privacy in public places. These are the set of rules we request every public facility to follow. Please share them as widely as possible so no entity records our families unsafely & leaks it. #PrivacyIsARight

Signboards in easy language should be placed everywhere inside the cinema with something like “Cameras are watching you” on them, she said.

People will then be conscious about how they behave when they know for sure that they are being watched, she added. She also said that people need to question the cinema’s policy and ask them how long they will retain their CCTV videos.