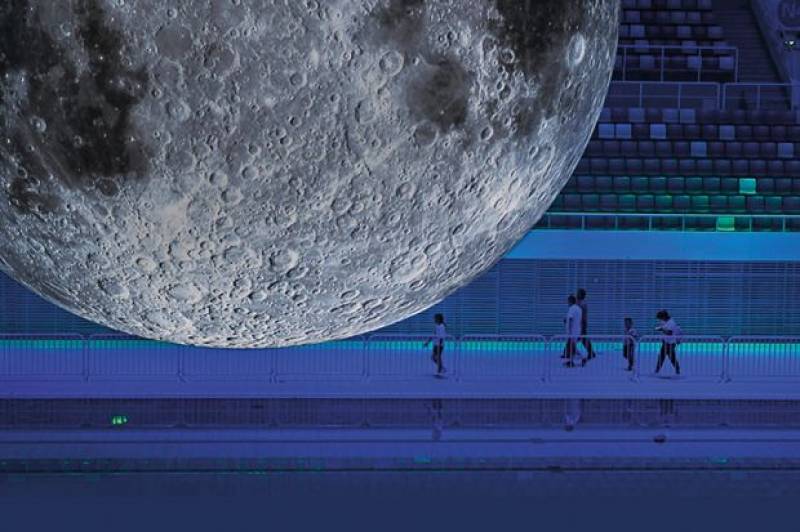 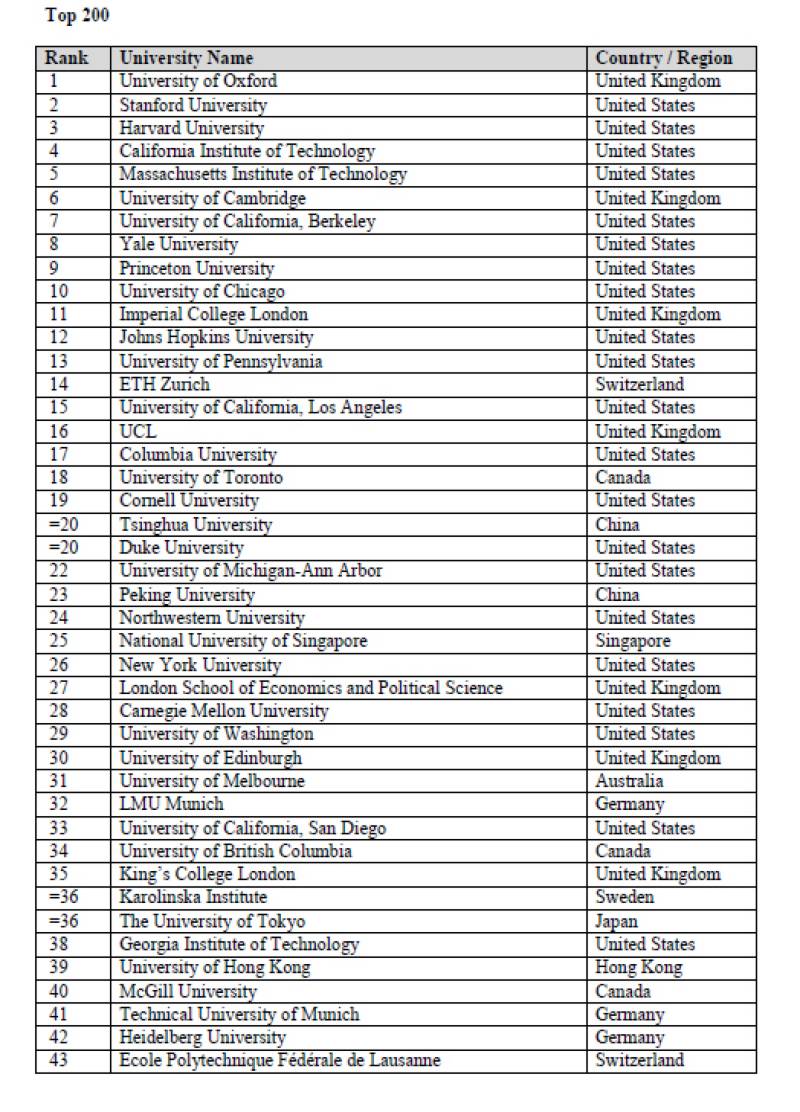 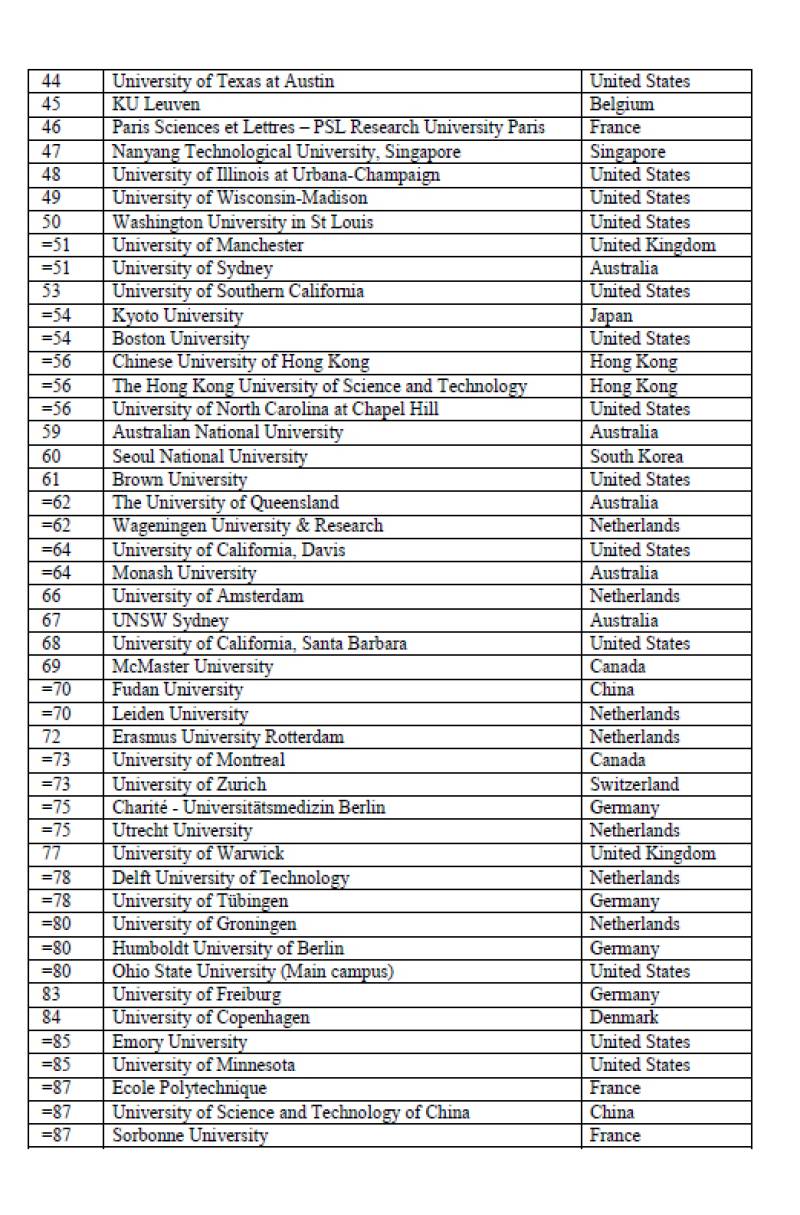 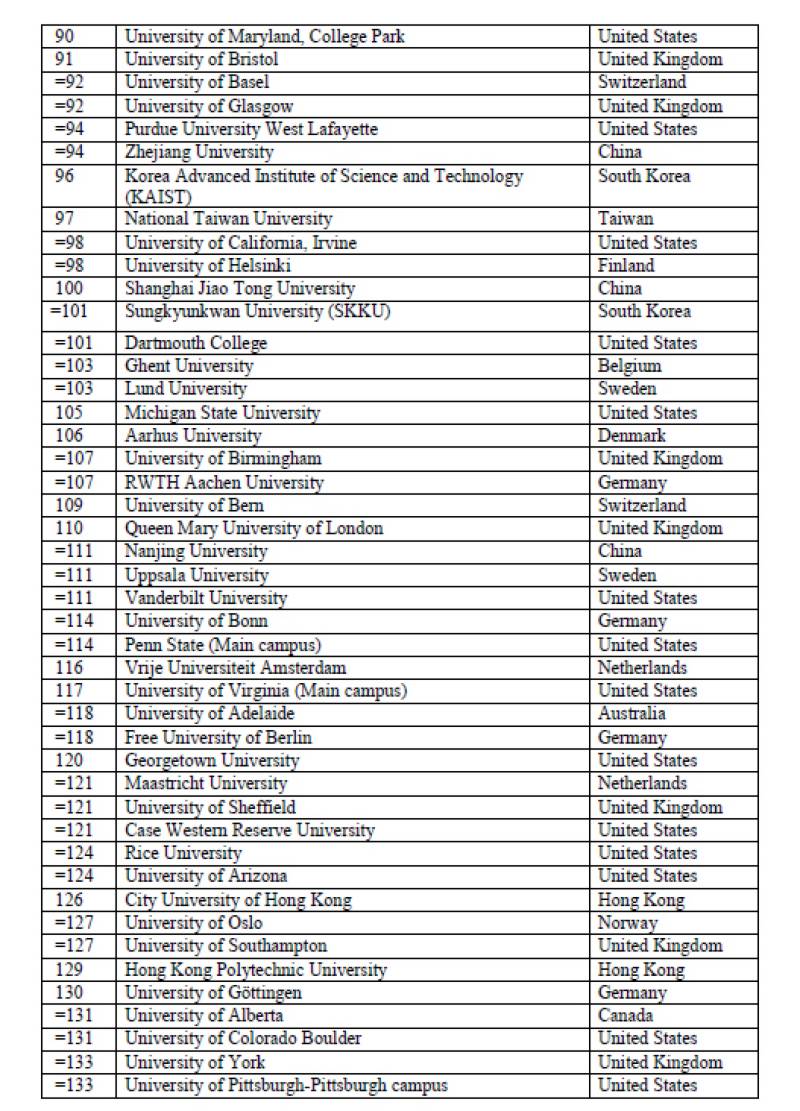 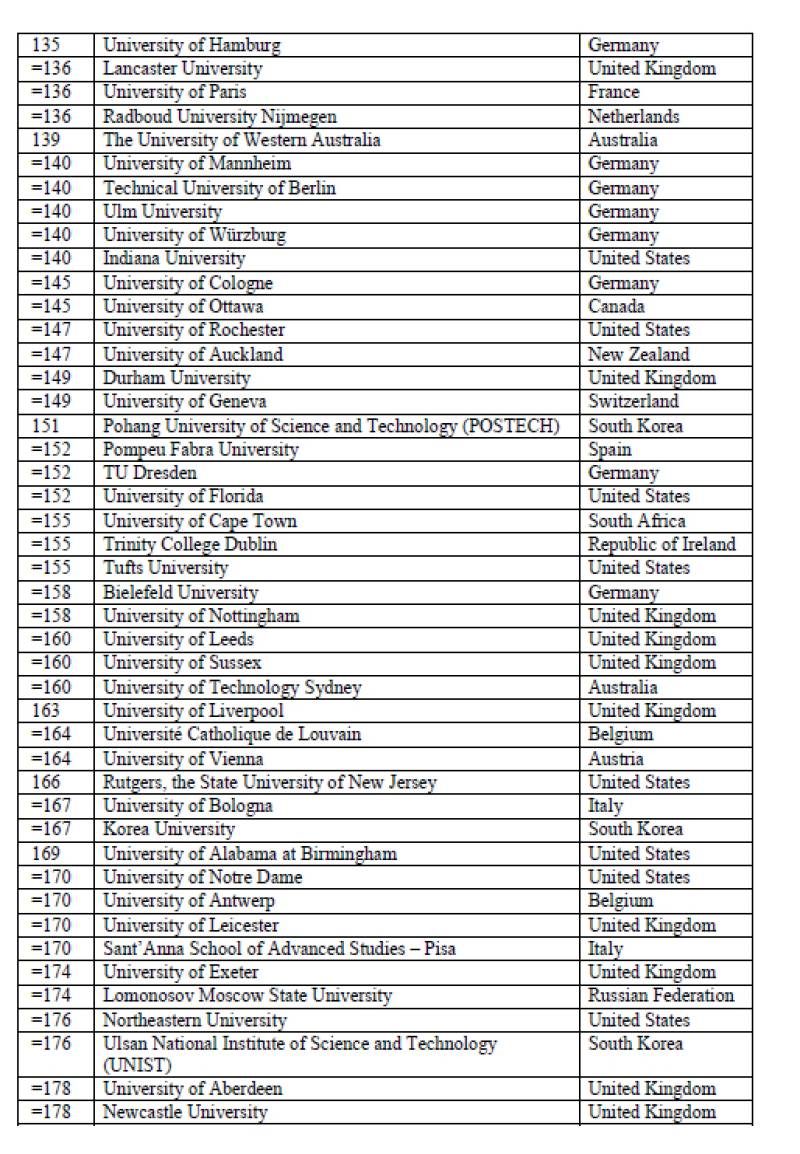 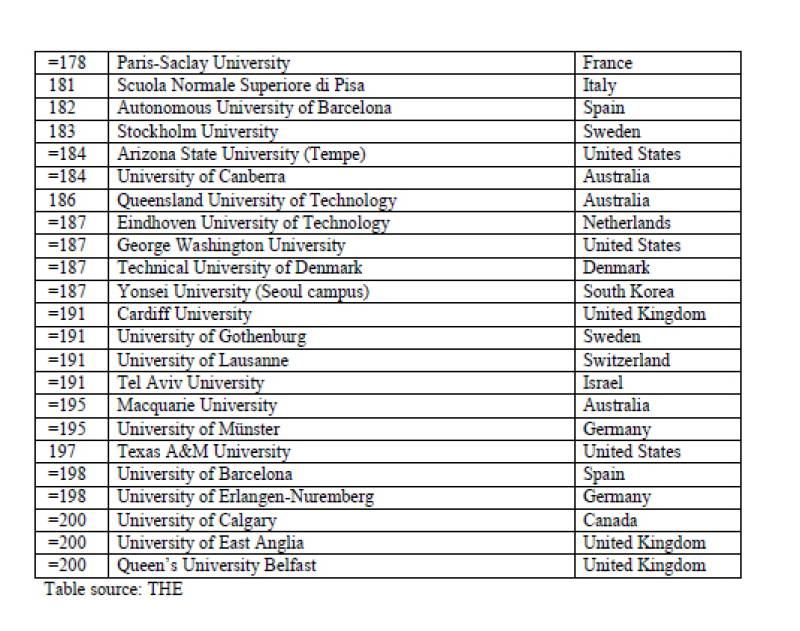 Not a single Pakistani university could be ranked among the first 500 universities in the World University Rankings 2021 released by the Times Higher Education (THE). There are, however, 17 Pakistani varsities in the list of top 2,000 higher education institutions, and of them, the little known Abdul Wali Khan University, Mardan, beat the Quaid-i-Azam University, Islamabad, to grab the first university position in Pakistan, and 510th all over the world, whereas the Quaid-i-Azam University, which was among the top 500 varsities of the world last year, stood at 575th position. On the international scene, the ranking, which underlined the shifting strength of higher education and research around the world, saw the UK’s University of Oxford on the top for the fifth consecutive year. Also, the US domination of the top 10 masked wider declines and mainland China's Tsinghua University became the first-ever Asian university to stand out among the top 20.

University rankings are viewed with a greater interest among the students all over the world because students try to get admission to varsities which enhance their employment chances. Among the ranking institutions, THE World University Rankings are viewed as the most balanced and comprehensive global ranking, with 13 separate performance metrics covering the full range of core activities for research-intensive universities: teaching, research, knowledge transfer, and international outlook. The 2021 ranking examined over 86 million citations across more than 13.6 million research publications and included survey responses from 22,000 scholars globally.

This year’s Rankings edition has 18 countries and regions in the top 100, and 93 represented overall, demonstrating that geopolitical competition in the global knowledge economy is intensifying. Moreover, a record 1,527 institutions qualify for the 2021 edition, a 9% increase from the 2020 rankings when 1,397 institutions qualified.

Coming back to Pakistan, the universities have been ranked as:

Those who are looking for some international university for their higher education can view the list of top 10 universities of the world.

The list shows the US is still the higher education leader even though the UK has the biggest success story - the University of Oxford. Last year, the UK had top 20 ranked institutions and of them, only five were able to improve their position in the table. Asia is emerging as a knowledge powerhouse.

The US also sees the challenge from Asia affecting its performance. Its universities continue to perform well at the top end of the ranking, commanding the highest number of positions in the overall top 10 (8) since the rankings began, as the University of California, Berkeley, climbs 6 places, from joint 13th to 7th. However, 50% of the US’s top 20 performing universities from last year’s ranking fail to maintain their position. Over the past five years, the US has lost 4 positions in the overall top 200 (63 in 2016, 59 in 2021) as competition rises for the top places.

What should be the most concerning thing for our education managers is the rise of the educational power of China, Iran and India, our three neighbours.

Asia’s rise is fronted by mainland China’s Tsinghua University (joint 20th), which becomes the first Asian university ever to break into THE World University Rankings top 20 since the current methodology launched in 2011. This achievement is an indicator of the wider positive movements in higher education for mainland China, and the rest of Asia in recent years. Since 2016, mainland China has gained 5 additional places in the top 200 (2 in 2016, 7 in 2021). It has also doubled its representation in the top 100 since last year, gaining 3 additional places (6 in total). Of the 7 universities that achieved a top 200 place in 2020, 85% improved their position in 2021, as mainland China continues to challenge the world’s very best.

In total, there are 16 Asian universities in the top 100, the highest total for Asia since the rankings began. Mainland China’s Fudan University (joint 70th), Zhejiang University (joint 94th), Shanghai Jiao Tong University (100th, and South Korea’s Korea Advanced Institute of Science and Technology (KAIST) (96th), all move into the elite group. Of those 16 institutions, 13 of them either improved or maintained their position from last year, demonstrating the rising competition from Asia at the expense of western higher education systems.

“We have observed the rise of Asia in the world rankings for several years now, but this year marks a major milestone, as mainland China’s Tsinghua University disrupts the traditional domination of western universities at the top of the table, breaking into the top 20 for the first time, and as mainland China doubles its representation in the top 100.

“This new ranking provides further clear evidence of a shift in the balance of power in the global knowledge economy from the established higher education systems in the west to those in parts of the east. This trend is likely to accelerate further as the coronavirus pandemic heralds a perfect storm of huge challenges for primarily western universities, particularly those in the US and UK, who face the very real risk of losing significant international student talent, and the billions of dollars in fees that they bring. In the longer term, possibly permanent shifts in the global flow of academic talent that has traditionally fuelled the elite institutions of the US and UK could create real challenges.

While the universities at the very top of the table, with long histories of success and prestige, will prove hard to unseat, these factors, combined with the effects of a possibly deep and long-lasting global recession and its likely impact on university funding levels, could herald the start a dramatic rebalancing of the global knowledge economy.”