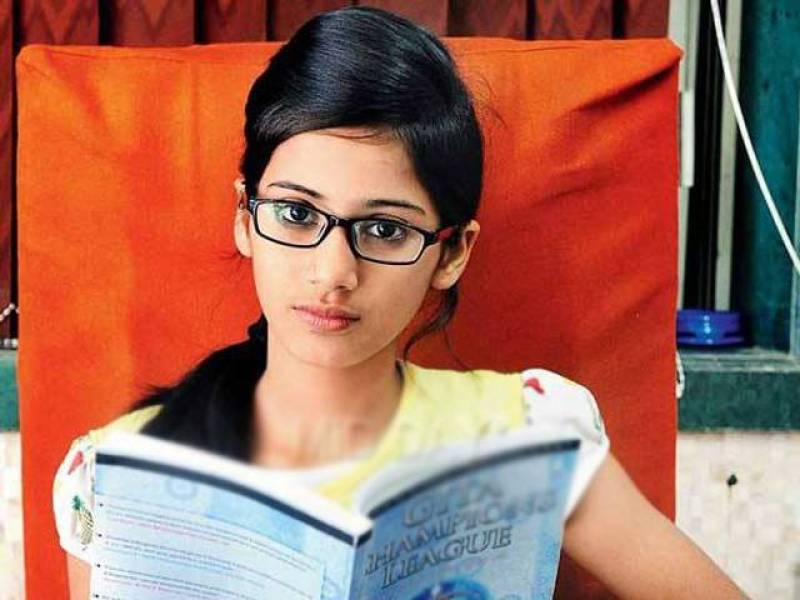 MUMBAI (Web Desk/Agencies) - Twelve-year-old Maryam Siddiqui is a rank holder at the exams in school. But recently, the class VI student has aced a written competition based on the Bhagwad Gita. The Muslim girl has won the first position among over 3,000 participants at the 'Gita Champions League' contest, organized by International Society for Krishna Consciousness (Iskcon) in January, Times of India reported on Friday.

The 100 mark multiple choice question based test, evaluates children on their knowledge of the Gita. "I have always been inquisitive about religions and I often read up on them during my free time. So when my teacher told me about this contest I thought it would be a good chance to understand what the book is about. My parents too supported my idea of participating in the contest," said Maryam, who received the prize on March 15.

A student of Cosmopolitan High School, Mira Road, Maryam studied material that was provided by Iskcon for almost a month before giving the test in English. "I read through the material and tried to understand what the Gita tries to tell us. The more I read about different religions, the more I have realized that humanity is the most important religion that we must follow," she said.

Maryam has always had conversations about religion with her parents. "Our family believes that one needs to respect and accept all religions. No religion preaches hatred or wrong. However, there are some members who have misguided us. Before these have a bad influence on the children, we need to talk to them and make them understand what is right," said her father, Asif Siddiqui.

Teachers at school are proud of Maryam's achievement. "The contest is open to students from all religions so we asked if anyone from school wanted to participate. Maryam is excellent at school exams and she showed the same excellence at this contest too," said her teacher, Sapna Brahmandkar.