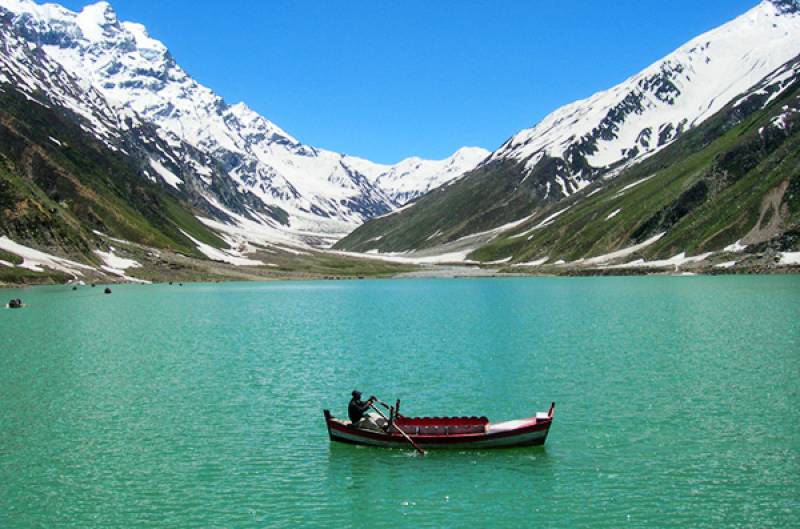 PTI's Manifesto 2018 titled “The Road to Naya Pakistan” states that tourism in Pakistan has undoubtedly immense potential given our diverse culture, heritage and natural endowment. However, for now, it is a missed opportunity owing to multiple reasons including the war on terror, minimal marketing, poor public and private sector infrastructure and services.

ISLAMABAD - Fairy Meadow at the bases of Nanga Parbat is attracting a large number of tourists due to its breathtaking ...

PTI Leader Raja Khurram Nawaz said that PTI assured in its manifesto 2018 “We will promote and position Pakistan as “Asia’s Best Kept Secret” in the global tourism market in order to boost tourism.”

LAHORE - Summer season is at its peak these days. With scorching sunny days and humid nights ones surely desire to ...

He said that PTI government would also develop 20 new tourist destinations in five years, each year four, adding that all the guest houses would be opened to the public.

He further said that PTI government would also undertake the uplift of the accommodation infrastructure and transport services across all, from hostels to 5-star facilities.

LAHORE- Pakistan is full of beautiful places and tourist destinations. Each area has its own attractions and beauty. ...

Raja Khurram asserted that entrepreneurship would be aggressively encouraged, especially by SMEs, to boost economic value and job creation in the tourism industry.

ISLAMABAD -Tourism Corporation Khyber Pakhtunkhwa (TCKP) has organized a number of programmes and projects to attract ...

He said that according to PTI manifesto, the process of tourist visas would be improved, in particular for groups and champion initiatives, which strengthen our visa on arrival programme, adding that NOC condition for high potential tourist destinations would be eliminated.