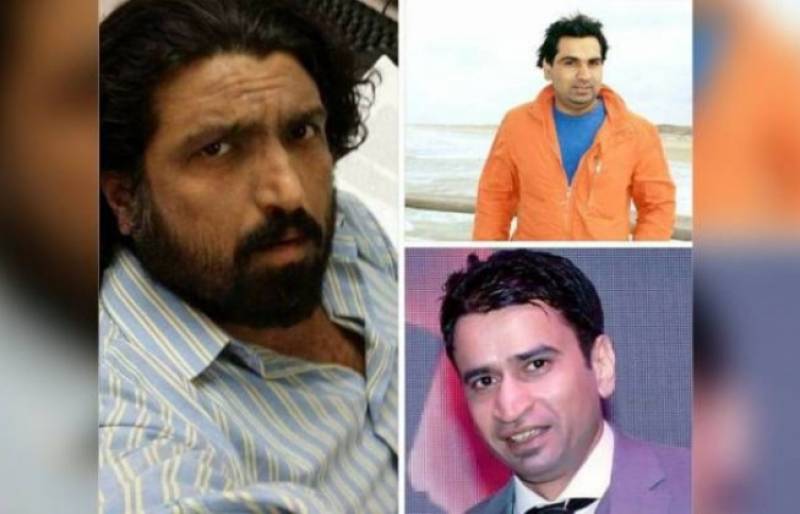 The group in its petition stated that the Ministry of Interior, while denying any involvement in the abductions and saying it is investigating the disappearances, still has no knowledge of missing persons' whereabouts. "No group has owned up to their abductions, which has led to the widespread belief that their disappearances are part of the rampant practice of enforced disappearances — the arbitrary policy in use by state agencies."

It goes on to say that the recent abductions only point to the "larger, still unresolved and unaddressed practice of enforced disappearances of activists and citizens by the state."

The written petition brought chief justice's attention to an order dated 10.12.2013 wherein Supreme Court observed that there was no law which allowed for "undeclared internees" and the court gave the following directions: "there must be some legislation to control such like activities and the Federation through Chief Executive must ensure that in future no enforced disappearance takes place."

The group urged that the state, its institutions and agencies should be held responsible for the recovery of the missing bloggers/activists and inform what the investigation has yielded and what is known about their detention or abduction.

"That the federation be held answerable for non-compliance of SC orders on the issue of enforced disappearances and provide a clear answer on the enactment of a law to curb this practice and the progress made by the Commission of Inquiry on Enforced Disappearances on pending cases."