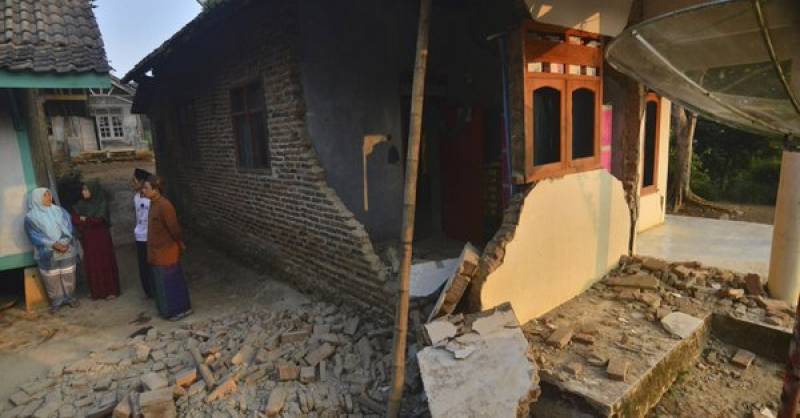 The 6.9 magnitude quake on Friday evening sent residents fleeing to higher ground, while many in the capital Jakarta ran into the streets.

An official from Indonesia's national disaster agency warned the quake could generate a tsunami as high as three metres (10 feet), but the alert was lifted several hours later.

Another person fell to his death while trying to flee his house when the jolt happened, he said.

Four more people were injured and more than 200 buildings were damaged, with some 13 houses destroyed, he added.

Over 1,000 people, who had earlier evacuated to temporary shelters, returned home after authorities convinced them it was safe to do so, Wibowo said.