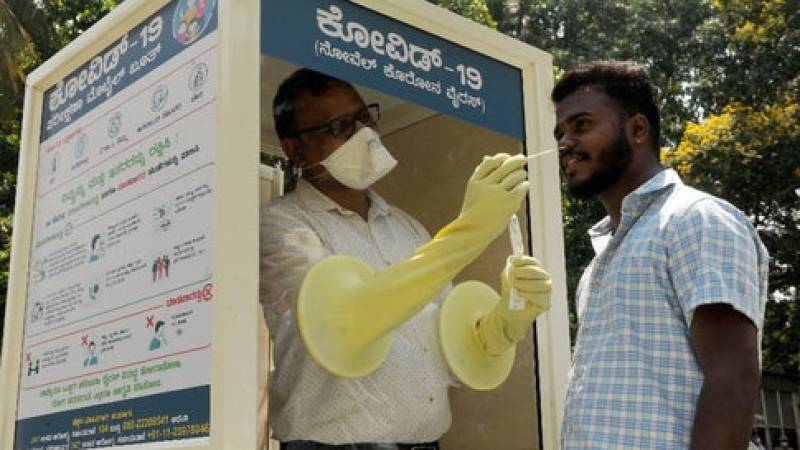 More than 55,000 fresh cases were added to the tally in the past 24 hours, according to data released by the ministry.

Meanwhile, 811 people lost their lives during the past 24 hours taking the total deaths to 38,201.

A total of 1,188,650 people have been cured and discharged across the country so far, while 581,277 active cases are being treated in hospitals.

India is focusing on ramping up testing of samples. A total of 20,202,858 samples have been tested till Sunday, with 381,027 samples tested on Sunday alone.

Monday was the fifth consecutive day when more than 50,000 fresh cases were found in the country.

On Sunday, a female minister in northern state of Uttar Pradesh died of COVID-19. She was the first serving minister and fourth lawmaker across all states to die of COVID-19.

Meanwhile, as the country is witnessing a single-day spike of over 50,000 cases over the past five days, the situation has improved in the capital state of Delhi. Once the second most-affected state after Maharashtra, it now stands at eighth position in terms of single day spike in cases.