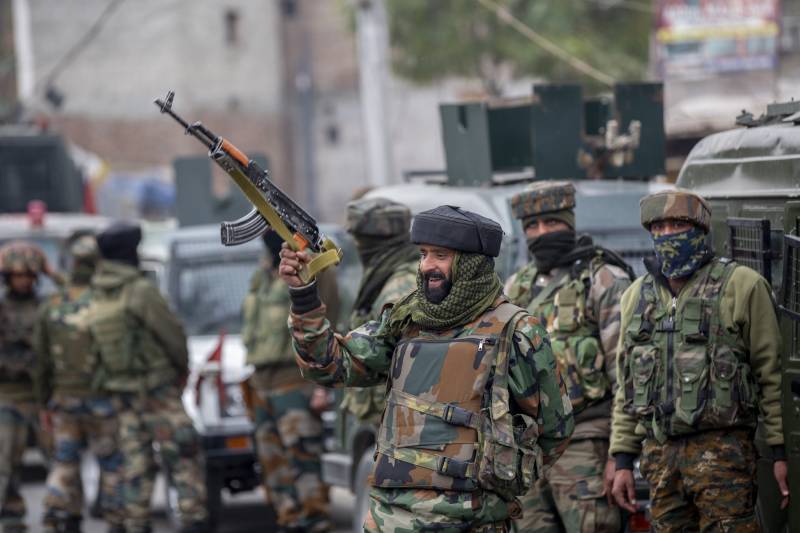 ISLAMABAD – Pakistan strongly condemned extra-judicial killing of an innocent Kashmiri in custody of Indian Occupation forces and of another youth in fake encounter in Bandipora district of Indian Illegally Occupied Jammu and Kashmir (IIOJK).

Foreign Office Spokesperson Zahid Hafeez Chaudhri said in a statement said that more than 100 innocent Kashmiris have been martyred by Indian occupation forces in IIOJK during the current year alone.

The occupation army has intensified arbitrary detention of Kashmiris and their extra-judicial killings in the name of so-called “cordon-and-search operations”. Refusal to return human remains of those martyred to their families for funeral reflects moral bankruptcy of the current BJP government in New Delhi.

India should be well aware that use of brutal force against innocent Kashmiris will never succeed in breaking their will to fight for their inalienable right to self-determination as enshrined in the relevant United Nations Security Council resolutions.

We call upon the international community to hold India to account for its grave human rights violations in the occupied territory including, among others, custodial deaths and extra-judicial killings, which must be investigated by an international Commission of Inquiry as recommended by the Office of the High Commissioner for Human Rights (OHCHR) in its reports of 2018 and 2019.

SRINAGAR – A chopper of the Indian army, with at least five people on board, crashed near the Ranjit Sagar Dam in ...