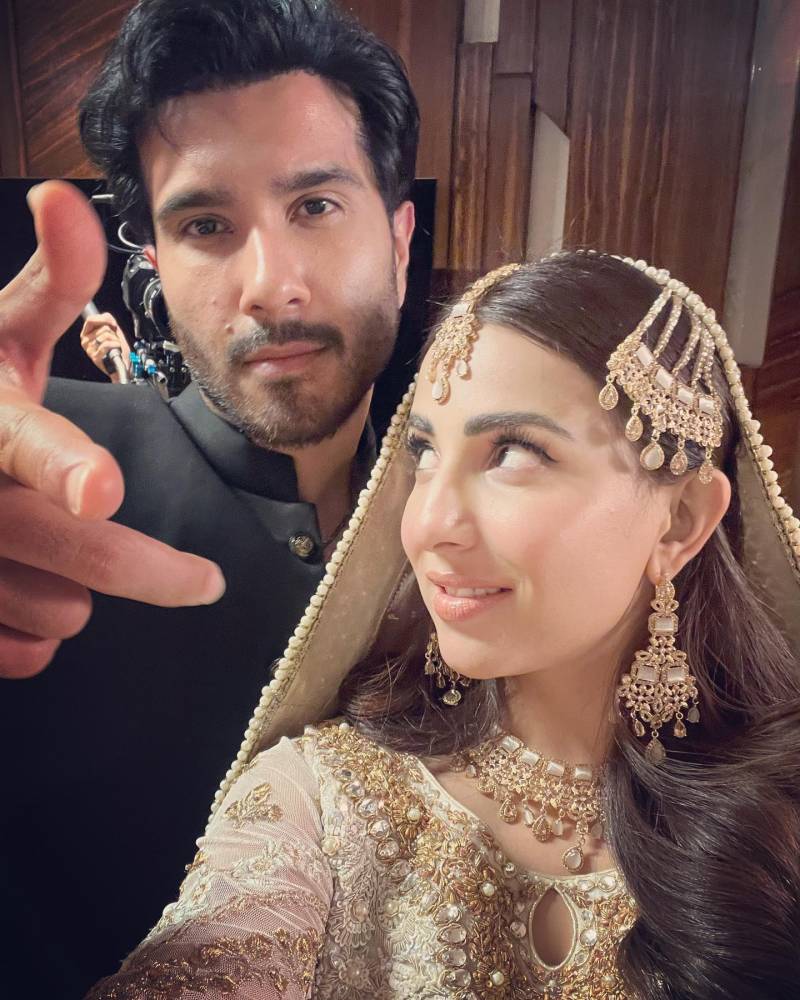 Lead actors Feroze Khan and Ushna Shah’s crackling chemistry is winning drama fans' hearts. While many love Khan who's smitten by Shah, others adore Shah’s simple beauty in the drama.

The story revolves around Basit (Feroze Khan) warming up his wife Ayesha (Ushna Shah). Their bond goes beyond the relationship of a boss and a personal assistant as they try to figure out their new roles as husband and wife and deal with each other’s families. Habs targets two different socio-economic groups that Basit (Khan) and Ayesha (Shah) belong to.

Written by Aliya Makhdoom, directed by Musaddiq Malek and produced by Humayun Saeed and Shahzad Nasib, the blockbuster drama serial has 9.5 rating on IMDb.

Lollywood diva Ushna Shah has slowly yet surely created a niche for herself in the entertainment and fashion ...

Feroze Khan's stardom is unmatched when it comes to dramas and in a short span of time, he has carved a niche for ...