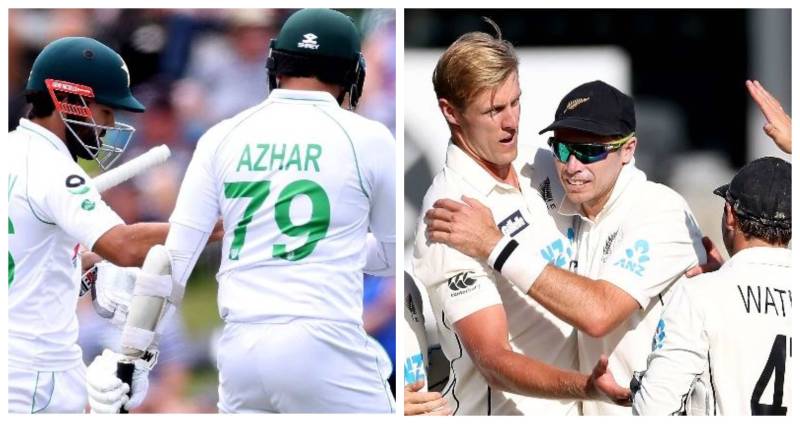 WELLINGTON – Pakistan were all out for 297 at stumps against New Zealand in their first innings on the opening day of the second and final cricket test match at Christchurch on Sunday.

Earlier, New Zealand won the toss and elected to field first. The match began at 3 am Pakistan Standard Time.

In the first cricket test of Mount Maunganui, New Zealand beat Pakistan by 101 runs on Wednesday.

Pakistan captain Babar Azam was ruled of the second Test against New Zealand due to pain in his thumb. Babar fractured his right thumb during a net session last month and missed the first Test in Mount Maunganui as well as the preceding T20 series.

Mohammad Rizwan is leading the Pakistan side in Babar’s absence.