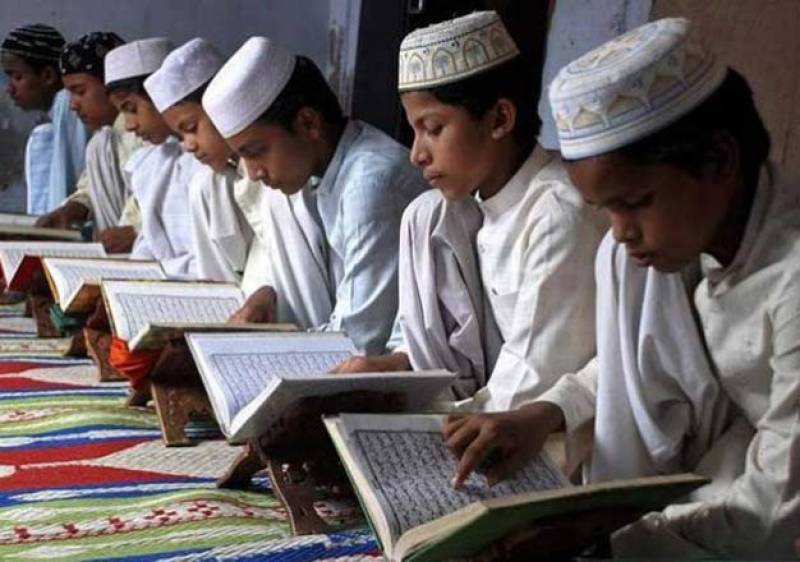 DELHI (Web Desk) - The Bharatiya Janata Party (BJP) government in the Indian state of Maharashtra has de-recognised madrasas that only focus on religious education, without offering other subjects such as Math and Science.

"Madrasas are giving students education on religion and not giving them formal education. Our Constitution says every child has the right to take formal education, which madrasas do not provide," the minister said.

"If a Hindu or Christian child wants to study in a Madrasa, they will not be allowed to study there. Thus, madrasa is not a school but a source of religious education. Thus we have asked them to teach students other subjects as well. Otherwise these madrasas will be considered as non-schools," Khadse said.

The move has drawn outrage from Muslims and opposition parties in the Indian state.

"It is ill-designed and ill-timed, I don't know why they are doing it," Kamal Farooqui of the All India Muslim Personal Law Board, said.

Farooqui said that madrasas were part of formal education structures and that students were able to gain admission into universities.

Abhay Mishra, a PhD candidate in history at the Jawaharlal Nehru University in New Delhi, said the BJP was justifying the move on the pretext that Muslims were not getting jobs because they were not accessing modern education.

"This is misplaced. There are millions of Indian students who go to modern schools but remain jobless ... it is a continuation of an attempt to demonise Indian Muslims and their educational and religious institutions," Mishra said.