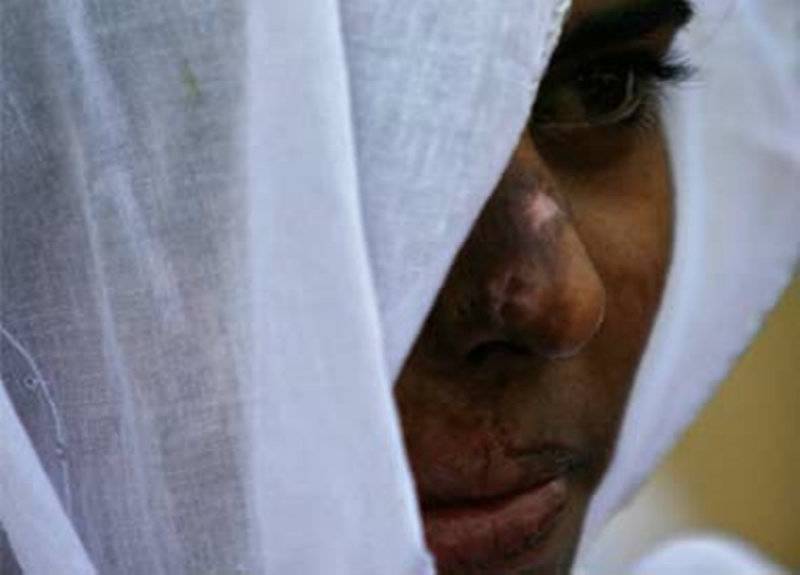 LUCKNOW - An Indian woman, who survived a gang-rape and four acid attacks, has been targeted again by an acid thrower in the northern state of Uttar Pradesh.

The Dalit woman, 35, was attacked outside a women's hostel in Lucknow city while she was getting water from a hand pump, according to the police.

The attack happened amid round-the-clock police protection she had been receiving because of the previous attacks, which were linked to a property dispute.

Anger is growing among her relatives and locals at the authorities' inability to protect her.

The woman works with Sheroes Hangout Cafe, an outlet run by acid attack survivors in Lucknow, according to the Times of India.

She was allegedly gang-raped and first attacked with acid by two men in 2008 over a property dispute, the details of which are not clear. The same two men were then accused of throwing acid at her twice more - in 2012 and 2013 - to try and get her to drop the criminal charges against them.

In March, she was attacked again while travelling on a train with her daughter. This time she was forced to drink acid.

Uttar Pradesh chief minister Yogi Adityanath had visited her at a hospital and announced Rs 1 lakh assistance for the 45-year-old woman.

Two men are facing trial for all of the attacks but were released on bail in April.

Such acid attacks are common in India, with hundreds of women being attacked each year.

Dalits are still fighting untouchability in India. Dalits are at the bottom of the Hindu caste system and despite laws to protect them, they still face widespread discrimination in the Hindu-majority nation.