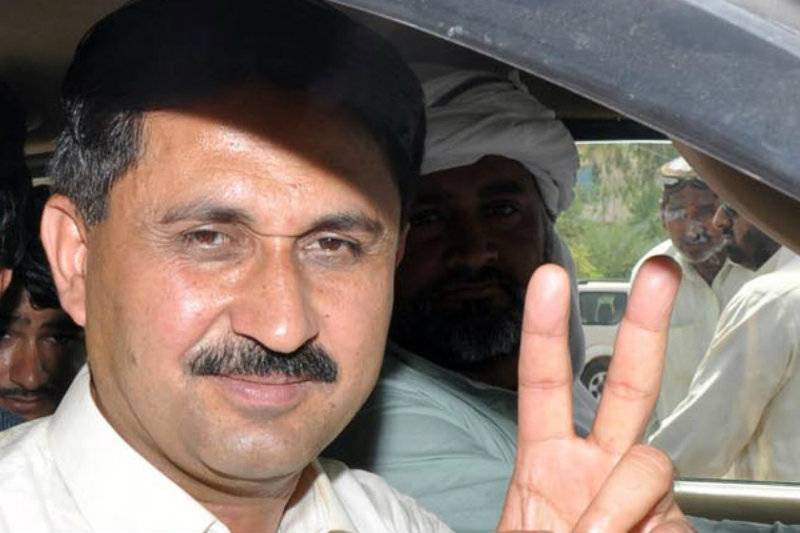 SARGODHA - A member of Pakistan’s National Assembly from southern Punjab was released from jail Monday afternoon after six days of detention.

Irrigation officials had warned the MNA against opening the gate that had been closed for many months due to litigation. However, Dasti stated that he released water to facilitate farmers who had been complaining of water shortage.

On Monday, ATC Judge Tariq Raheem approved Dasti’s bail plea against surety bonds of Rs100,000 after the MNA’s lawyers completed their argument and adjourned the hearing till July 13.

The case against Dasti was registered in Muzaffargarh's Civil Line Police station.

“I am grateful to the independent judiciary for taking sou motu notice [of my ordeal],” the MNA told reporters after his release from Sargodha jail. “I had been kept starved for the last six days and was only able to eat today after the visit of the sessions judge. Allah has granted me a new life,” Dasti added.

A large number of his supporters were present outside the court as the court approved the bail plea.

The MNA was held in the last week of June minutes before he was scheduled to be released from Multan Central Jail after an anti-terrorism court approved his bail in different cases. He was then taken to different jails in Bahawalpur and Sargodha.

Dasti, who is chairman of the Awami Raj Party, claimed that he was subjected to severe torture and starvation inside the prison and asked the chief justice of Pakistan to take notice of his ordeal.

In a video broadcast, the MNA with tears rolling down cheeks pleaded for help through the grilled windows of a prison vehicle.

The agitated Dasti claimed that he had been severely beaten by police, alleging that rats and scorpions were often released into his jail cell as a means of torturing him.

On June 30, the Punjab government submitted a report in the court saying that no marks of torture were found on his body.

Meanwhile, Jamshed Dasti was granted B class in the district jail while the IG Prisons also visited the jail after the notice taken by the LHC chief justice.

Earlier this month, the mother and sisters of Jamshed Dasti met him in the jail nd served him with the meal they brought from their home.

On Friday, his sister threatened that she would be constrained to immolate herself if the government did not release her “innocent” brother.

Talking to reporters outside Sargodha district jail after meeting her brother, she accused the government of imprisoning Dasti on trumped-up charges, urging the chief justice of Pakistan to take notice of the gross injustice.

Dasti’s arrest also led to different rallies and protests in the southern part of Pakistan’s most populous province. Hundreds of supporters marched through various roads of Dasti’s hometown and in Sargodha and chanted slogans against the rulers, accusing them politically victimising the MNA for raising voice for the rights of the poor class.

The protesters were also carrying banners and placards, demanding the Chief Justice of Pakistan take notice of the registration of “fake cases” against MNA Jamshed Dasti.

Addressing the rally participants, Nawab Abdul Jabbar Abbasi said that Jamshed Dasti has been put behind the bar as he took up public issues which the rulers dislike. He claimed that the jailed MNA was working for the rights of the people of down-trodden area and therefore was facing pressure of the rulers.