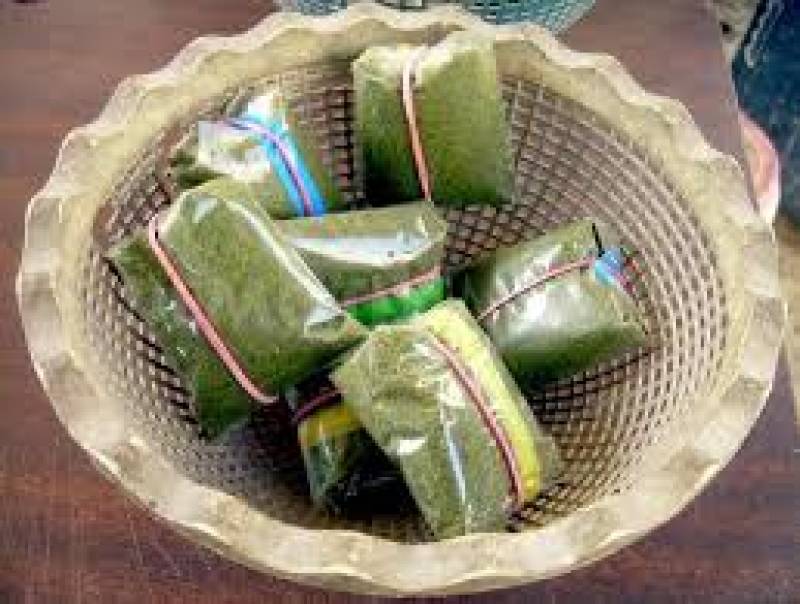 SHARJA -UAE's Department of Economic Development has ordered the closure of a restaurant in the Industrial area of Umm Al Quwain, UAE for being involved in selling naswar.

According to a senior DED official, staff inspectors found pieces of naswar narcotic substance in the establishment.

Saif Salem, head of inspection section at the department, said they received several complaints that the eatery was selling banned naswar tobacco in violation of law.

"The tip-off was verified, and restaurant staffers were put under close surveillance until the inspectors stormed the outlet and extracted some pieces of the contraband from it."

Salem claimed that the shopkeeper was proved to have bought a huge amount of the banned naswar which he sold in small pieces for Dh3 each in accordance with the street market price.

"The department bans selling this item and will penalise any outlet or individual involved in selling it because of its harmful impact on health." added the official.

Salem warned all the shop keepers about offering such prohibited items for sale.

"These narcotics are so dangerous, particularly to young kids who mostly sustain different diseases and may become addicted to it. Naswar and Paan can lead to a number of diseases, such as damaging the nervous system." said Saif Saleem

Naswar is outlawed as per the circular No 23/2003, while Paan is banned as per the local directive No 11/2003- Article 66 because of their harmful impact on public health, reported Khaleej Times.

Salem said the DED (Department of Economic Development ) spares no effort to protect all consumers against prohibited substances, particularly Naswar, Paan and Supari.

"As per law, we are all urged to report any such illegal acts which pose a risk to all members of the society to the concerned bodies."