US lifts laptop ban for flights from Abu Dhabi 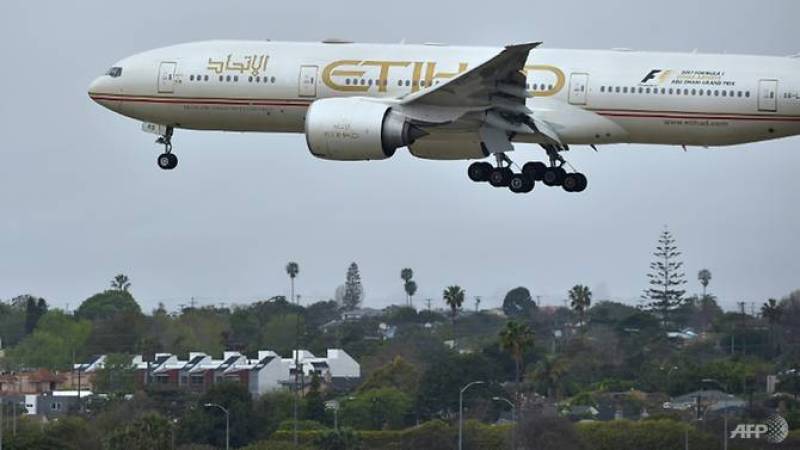 WASHINGTON - The United States has announced its decision to lift a ban on passengers taking laptops and tablet computers in cabins on flights from one airline from UAE capital Abu Dhabi, international media reported.

The US authorities have relaxed the ban, which restricts passengers from carrying devices on flight from 10 airports in Muslim-majority countries in the Middle East and North Africa, only for Etihad Airways after it took strict security measures.

US Department of Homeland Security spokesperson David Lapan said that the ban has been relaxed for Etihad flights after the airline took enhanced security steps.

"We commend Etihad for working swiftly to implement these additional measures," he said. "Their efforts are a model for both foreign and domestic airlines looking to adopt the new measures."

Following a terrorism threat, the Trump administration on March 21 imposed restrictions on taking electronic devices in cabins on flights coming to the United States from 10 airports in Muslim-majority countries in the Middle East and North Africa, including Egypt, Morocco, Jordan, the United Arab Emirates, Saudi Arabia, Kuwait, Qatar and Turkey.

The Department of Homeland Security said passengers traveling from those airports could not bring devices larger than a cellphone, such as tablets, portable DVD players, laptops and cameras, into the main cabin. Instead, they must be in checked baggage.