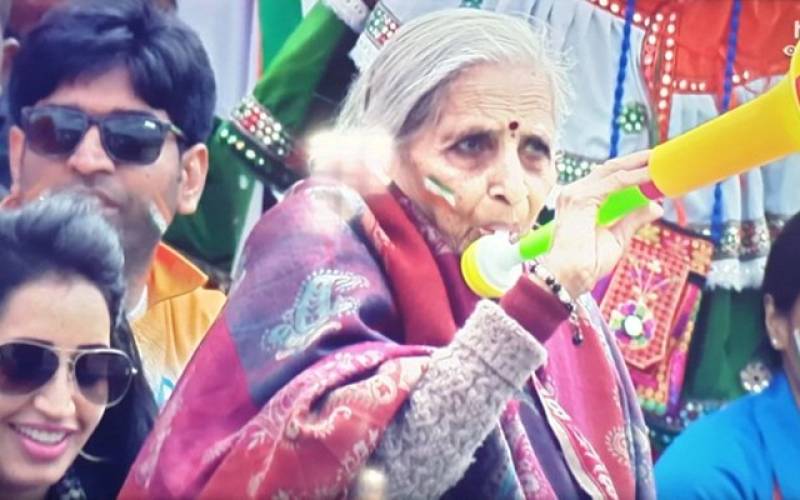 ﻿ BIRMINGHAM - India defeated Bangladesh by 28 runs in an all-important thriller of ICC World Cup 2019 on Tuesday. ...

During India’s innings, the cameraman managed to capture a picture of an elderly Indian fan, who amazed people with her spirit and enthusiasm.

The elderly woman was seen blowing a horn and immediately caught the attention of the internet as many fans praised her energy and shared pictures of her on social media.

For sure, the appearance of the elderly fan was one of the highlights of India’s innings and she instantly became an internet sensation.

Let's have a look at some of the tweets :

Also would like to thank all our fans for all the love & support & especially Charulata Patel ji. She's 87 and probably one of the most passionate & dedicated fans I've ever seen. Age is just a number, passion takes you leaps & bounds. With her blessings, on to the next one. 🙏🏼😇 pic.twitter.com/XHII8zw1F2

No doubt, cricket is one of the most popular sports in Sub-continent. No matter which age group you belong to, cricket addiction will be a part of the Indians, Pakistan to some extent.

Are you a cricket fan too? Let us know in the comments section below.